A while back, the Dúnadan tagged me for this one, with the wry comment "Be careful what you wish for!" I had to give it some thought... (blonde brain cell into overdrive)...

1. St. Thomas More (Well, he was sort of political - Lord Chancellor under Henry VIII) - he gave up everything in defence of the Catholic Faith, and was finally martyred by being beheaded on Tower Hill.)

2. John Paul the Great (Before anyone claims that I can't have him, he was the Head of Vatican City State!) for his whole life, but particularly for his role in the fall of Communism. "How many divisions has the Pope?" has got to loom large in the "famous last words" stakes. 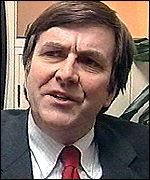 3. John Smeaton (No, not a politician, but as National Director of SPUC he has one of the most thankless tasks going: speaking to politicians) - he campaigns tirelessly on pro-life issues, which, in our current anti-Catholic climate here in the UK, means he must feel rather like King Canute. 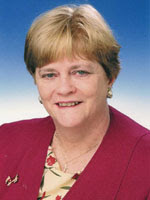 4. Ann Widdecombe (Tory MP for Maidstone & the Weald) - I don't agree with her party politics, but she has had the courage to speak out about her conversion to Catholicism and is pro-life, which, in our current anti-Catholic climate here in the UK, takes guts.


5. Errrm... Ok, I give up. I'm not really into politics. And I'm not going to tag anyone in particular, because I think it might be classed as torture! Have a go if you're more politically savvy than me, and put in a comment to let me know where to find you!
Posted by Mulier Fortis on 6.2.07

Well done Mac. It looks like this was a great trial for you!