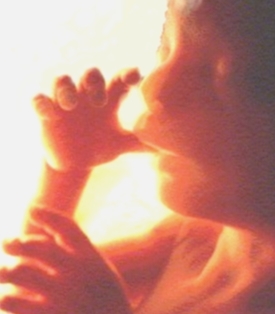 The latest story to hit the MSM has been sparked by a documentary on Channel 4, due to be aired tonight, which reveals that hospitals have been burning the bodies of aborted and miscarried babies as clinical waste, and then using the energy released to heat the hospitals.

The Dispatches programme hasn't been shown yet, but I note that, at the time of writing this post, a Daily Telegraph article about it has already attracted over 1800 comments, and has been shared countless times via Facebook and Twitter. The majority of comments have expressed outrage, horror and shock. There have even been a few international bloggers deploring the state to which the UK has sunk.

I do not wish to defend what has been done. But I do find the response interesting.

After all, health professionals are very careful not to draw anyone's attention to the fact that abortion kills babies. Chemical abortion is the ideal - the earlier the better - with suggestions that the process is more easily completed in the privacy of a woman's own home, so that any unfortunate evidence can be disposed of directly down the lavatory bowl without much chance of catching sight of any inconvenient details suggesting a dead baby. Surgical abortion by aspiration is so brutal that the vacuum pump acts as a blender, and no-one has to look too closely. Later-term abortions, where the baby is delivered piecemeal, are harder to rationalise away as "products of conception" or mere "blobs of tissue".

Despite the fact that improvements in ultrasound scans and the ease of producing photos make the lies harder to maintain, there are very few pro-choice campaigners honest enough to admit that abortion involves killing a baby.

Having gone to all the trouble of convincing us that abortion is a simple, routine procedure akin to having one's teeth filled, is it likely that hospitals would then want to suggest otherwise by presenting a woman with her dead baby to be buried or cremated with due ceremony? Even to mention that the remains are to be cremated by the hospital might raise uncomfortable questions - after all, one does not expect to be told that one's appendix is going to be cremated once removed. It is just disposed of as clinical waste. And the safest way to dispose of clinical waste is by incineration.

The Telegraph headline "Aborted babies incinerated to heat UK hospitals" is therefore rather misleading, as it suggests that the babies were deliberately and specifically incinerated with a view to reducing the heating bills. That is nonsensical, and I consider it sensationalist (and sloppy) reporting. Other reports have used similarly emotive phrases.

Nevertheless, the almost visceral response to the news does give me some cause for hope. The outrage over the inappropriate disposal of aborted babies suggests that people recognise (albeit on an unconscious level) that the unborn baby is not just clinical waste but is a human being in its own right.

Recognising the humanity of the unborn is a small step in the right direction in the fight against abortion. Now we have to help make that recognition explicit.
Posted by Mulier Fortis on 24.3.14 3 comments: