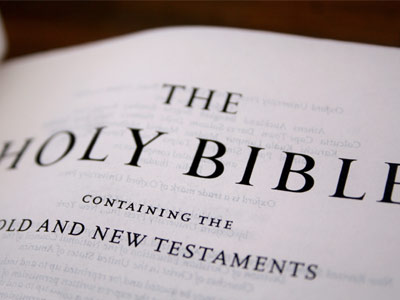 I hope that a Faith pamphlet on this topic will be forthcoming.
Posted by Mulier Fortis on 19.2.14 1 comment:

Things Are Getting Better...

Although my mobile wifi still doesn't work (and apparently Fr. Dylan has the same problem with his iPhone) I have managed to get my laptop to connect to the system. This is a major improvement, because the computer in Reception acted as if it was steam-powered, and my laptop is rather a nice one. This was, after all, the reason I got myself a laptop rather than a desktop.So I'm very pleased to have found a use for it.

The downside is that the WiFi only works in the vicinity of the pink sofas in reception. I managed to find a chair and am set up on a rather gorgeous table, but I can't quite reach the power socket without risking someone tripping over it... and that wouldn't be good.

In addition, I can't actually connect to anything during the talks, so live-tweeting is not an option.

Nevertheless my twitchiness due to the inability to check emails, blog feeds, Twitter feeds and Facebook status updates has been assuaged. Especially since His Hermeneuticalness has been able to get some sort of phone signal and has been busy behind me tapping away on his computer.

I find something deeply anxiety-provoking about being unable to connect to the internet when other people *are* able to do so. If everyone is held incommunicado it seems to be easier to cope with...
Posted by Mulier Fortis on 19.2.14 No comments:

I am not entirely happy. My all-new, super-dooper, snazzy new phone (a Galaxy Note 3) has been rendered almost completely useless by virtue of the fact that the North of England has very limited wifi access and non-existent phone signals for O2 (yeah, a VAST oversimplification, but that's what it feels like...)

So my cunning plans (to use my mobile as a sort of modem to allow me to blog on my laptop, and to live-tweet the talks I'm attending) have been well and truly scuppered.

I'm here for the Faith Movement's Theological Symposium. It's been pretty amazing so far - we've had three sessions (two talks and a discussion) led by Fr. Dylan James on the Orthodox "position" on divorce and remarriage. Listening to the highly detailed discussions which have ensued, on the implications for practice in the Latin Church, has left me both encouraged and appalled in almost equal measure. I need more time to digest what I've heard...

There is a bit of a queue for the guest computer, so today's post is necessarily brief, but I shall try to get a few thoughts down for tomorrow...
Posted by Mulier Fortis on 18.2.14 No comments:

I've Never Been Fashionable Before...

It seems that I'm just attracted to the Old Mass because it's fashionable, as I'm too young to be nostalgic for it. So that makes two new experiences for me - Apparently I'm considered young and fashion-conscious by those in the know.

Ches, the Sensible Bond, has summarised the whole thing in song, and very entertaining it is too...
Posted by Mulier Fortis on 16.2.14 3 comments:

Be Careful What You Wish For...

Fr. Tim made a light-hearted comment about asking the Day With Mary team whether they had any DVDs on liturgical dance. At least, I think it was light-hearted. But the MC was tidying up the choir's music cupboard and he discovered the following instruments (of torture)...

I also think that our Maestra di Cappella is missing a trick or two in her recruitment campaign for new choir members. She ought to advertise what she keeps stored next to the music...

No wonder the choir is always so cheerful...
Posted by Mulier Fortis on 16.2.14 1 comment:

The Day With Mary At Blackfen...

The Day With Mary team came for their annual visit to Blackfen on Saturday. It's a truly wonderful occasion, and I find it to be a sort of spiritual spring-clean - it gives a tremendous boost to see so many fellow Catholics united in their love for God and Our Lady. With the door to the Confessional almost revolving with so many penitents, and the cry chapel used as another Confessional (and I think the Repository may have been employed too) one can almost hear the Holy Souls being sprung from Purgatory.

I took lots of photos - some of which were, I thought, rather good. I made the mistake of showing off to Fr. Tim earlier today. He promptly hijacked my super-snazzy phone and sent himself copies of the ones he liked best... and then uploaded them to his blog before I could get them up on Flickr.

The DWM team has a YouTube channel where most of the talks and sermons are posted. Fr. Tim's homily at Mass (on Our Lady's words to St. Bernadette: "I am the Immaculate Conception") and his talk (Our Lady at the Beginning of Salvation) are both up on the channel already. The video of the latter starts with a snippet of the singing by the Franciscan Sisters of the Immaculate, which is really beautiful.)

And I don't think the Day With Mary experience would be complete without the final farewell. It brings a lump to my throat every time...
Posted by Mulier Fortis on 16.2.14 No comments: