Margate Sands & The Beginning Of Summer...

At the beginning of the month I ventured out onto the beach near my new flat. However, the sunshine was deceptive, and a bitter wind meant that I had little inclination to walk very far, or to do more than admire the waves from a safe (and dry) distance.

I'd initially had all sorts of good resolutions about walking to and from the station each day, but the reality of having to leave the house at 5:30am in order to catch the train soon persuaded me that this just wasn't going to happen. I'd have had to leave even earlier if I wanted to walk in the morning, and I was generally too wrecked in the evening to do anything other than crawl gratefully into my car (or a taxi.)

It is now the end of May, and although the weather is a little changeable, it's getting much warmer. Margate was packed for yesterday's Bank Holiday, but today was considerably quieter, and I decided that it was probably a good time to take another little stroll along the sea front.

In order to provide motivation (my psychology background does occasionally prove useful) I left my car parked at home, and took a taxi to lunch at The Hoy, (just opposite the Turner Contemporary) where they do a really good steak. Admirably fed and watered (*ahem*) it was then time to meander homewards. 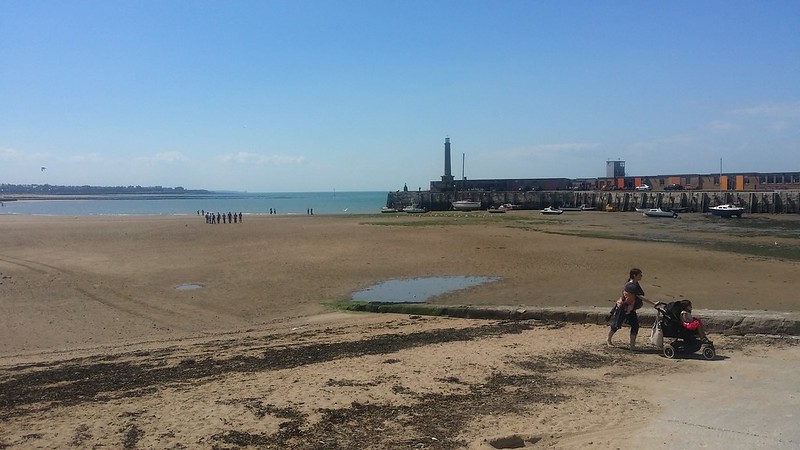 I had originally intended to walk on the pavement beside the beach, but the tide was out, and the lifeboat launch area provided an inviting slope towards the waterline. The Harbour Arm end is quite deep when the tide is in, so the sand was nice and firm. I was fascinated by all the worm casts and ripples in the sand... 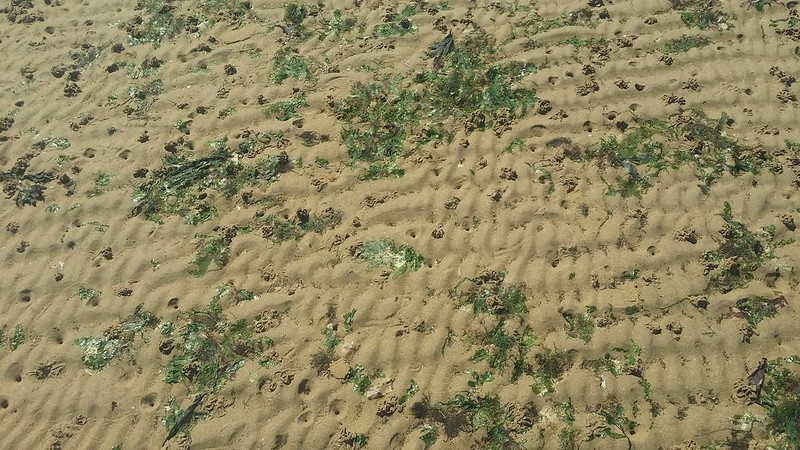 As I reached the boating pool, I found that the tide had moved further in, and it was a case of retreating right up the beach to the promenade or taking off my shoes and paddling round the rocks. I gleefully opted for the latter, feeling decidedly "naughty" as I had no intention of removing my tights and would have wet feet (and no towel!) Paddling in the sea is something I haven't done for years! I can heartily recommend it... 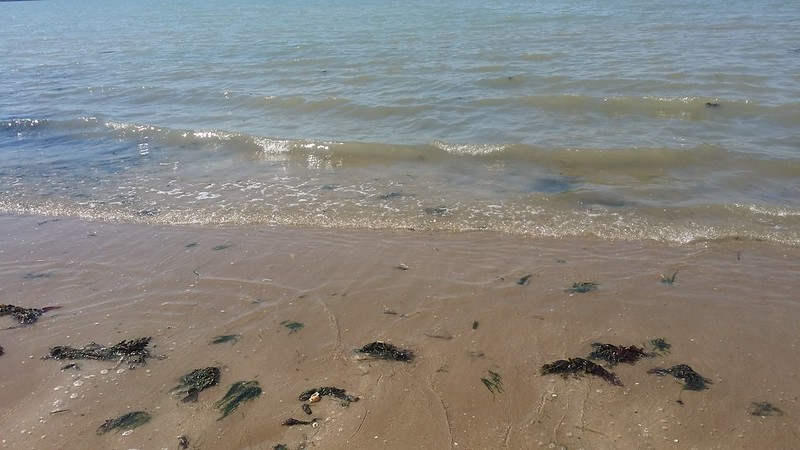 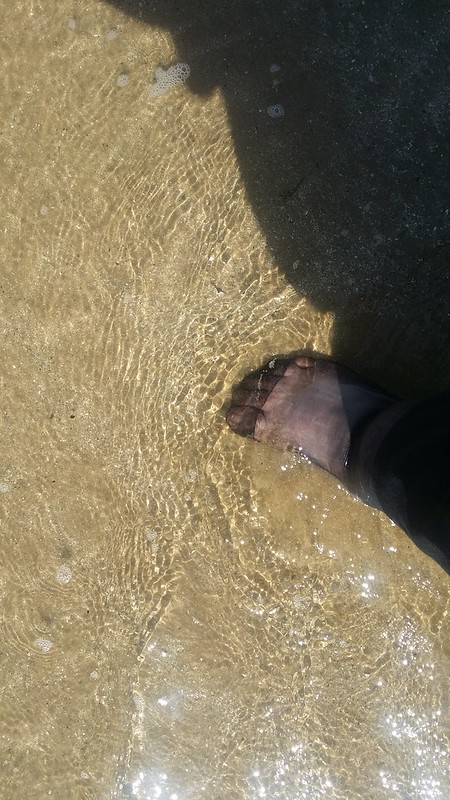 I reached the top of the slope near my flat about 45 minutes after I started off, and was quite amazed to see the distance I had travelled... You can just make out the Turner Contemporary building in the distance (click on the picture for a better view)... 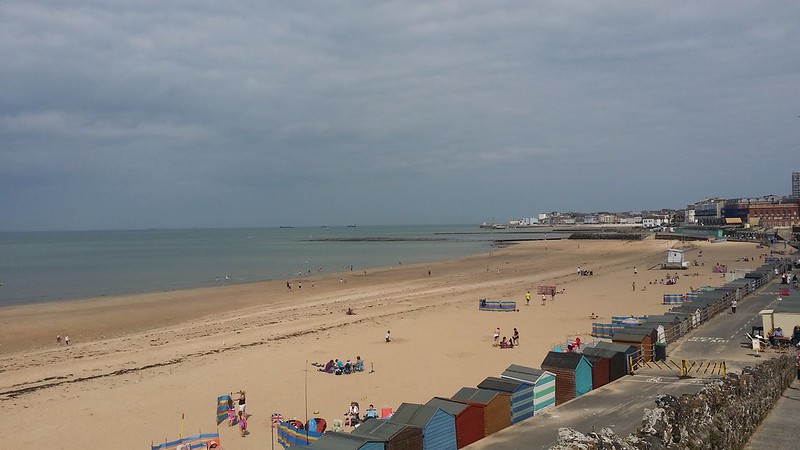 More photos can be seen on my Flickr page.
Posted by Mulier Fortis on 26.5.15 3 comments: