Thursday had been exceptionally busy. That is the only excuse I have been able to come up with...

I knew that I (and some of the servers) would probably be in need of some refreshment after the Maundy Thursday Mass - just a brief visit to the club before spending the last hour watching at the Altar of Repose. So I went to the cashpoint to get some money out.

As I was removing my card, I suddenly remembered that I needed to buy some food items, as Good Friday was a Bank Holiday. I grabbed the card and shot into the shop next to the machine. I paid for my purchases by card and rushed off to Mass.

It was a long evening. At 10:20pm I offered to go and order a round of drinks while the servers finished rearranging the pews. This was considered very good planning on my part, and off I went, very pleased with myself...

...until I discovered that, in one of those blonde moments, I had failed to take the money out of the machine after removing my card...

Further enquiry revealed that the money hadn't been returned to the machine, so obviously someone found themselves £30 richer...
Posted by Mulier Fortis on 30.3.13 6 comments:

The Good Friday Liturgical Action of the Passion isn't very photogenic, at least not in the Novus Ordo - the altar is stripped bare, and a lot of what is going on is very "static." I've never attended the Good Friday service in the usus antiquior, though, so maybe it is equally bleak.

Nevertheless, I have a small selection of photos over on Flickr...
Posted by Mulier Fortis on 30.3.13 2 comments:

I've been rather busy, as school didn't finish before Holy Week this year, and it felt as if we went right up to the wire before breaking up for the Easter Holiday.

As a result, I didn't feel very well-prepared for the start of the Triduum. However, all that was soon forgotten as the Mass was beautiful, and the stripping of the altars very poignant. Fr. Finigan gave a really moving sermon on the importance of the Priesthood for the life of the Church. It is a point I have made countless times before - without the men who sacrifice everything to follow God's call and become priests, there are no Sacraments. Without the Sacraments there is no Church.

I didn't take many photos - my phone was almost completely out of battery power, and I'd forgotten the charger (and my proper camera) - but there is a small selection over on Flickr.
Posted by Mulier Fortis on 30.3.13 No comments:

I've mentioned before that I returned to the practice of the Faith about twenty years ago, after what I like to call my Damascus Road conversion. I was seriously ill at the time, in chronic pain and on crutches. One night I couldn't sleep, and felt impelled to read a children's book I'd been given for my Confirmation - Adventure of the Amethyst by Cecily Hallack. I've described the book in more detail in another post. I finished the book, fell soundly asleep for the first time in months and woke up six hours later, knowing that I simply had to find the nearest Catholic church.

I didn't actually want to go to Confession, or see a priest... I just had to get to the church, without knowing exactly why.

There were plenty of difficulties in this - mostly my lack of mobility and the fact that I didn't actually know where the nearest church was. By the time I found it, it was about 5pm on a grey September Saturday. There wasn't a soul to be seen anywhere, and the church appeared to be closed. I eventually found an open door and found myself in the Nave of the church, staring up at the largest crucifix I had ever seen.

I sank down into a pew, suddenly aware that Christ had died that awful, terrible death on the Cross for my sins. Not only that, but I knew with absolute certainty that it was my sins which had nailed Jesus to the Cross, as surely as if I had wielded the hammer... All the sins I had committed since my Baptism seemed to rise up, forcing me to acknowledge my betrayal, and I also knew that Jesus had known that I would betray him. Despite this, he went to the Cross willingly, even gladly.

And with an awful clarity, I also knew that Jesus would have suffered and died for me even if I had been the only one to be saved.

Often, during Stations of the Cross, the meditations seem to focus on the sins and injustices which are committed by others. Then, to say that Christ died for our sins can seem very glib and easy. In contrast, to recognise that Jesus would have suffered all that just to save one soul is something to treasure for all eternity. 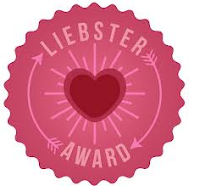 It's about time... I haven't had any awards for simply ages, and so I was rather pleased to get this... until I realised that it was awarded for being unpopular...

I got the award earlier in the week from the most excellent Countercultural Father. Unfortunately, having been rather busy with Confirmations and stuff, I didn't get around to awarding the Liebster Award to anyone else, and now quite a few of my options have already received the award from other sources.

The current requirements have evolved over time and are as follows:

So, 1 and 2 are already completed... thanks Ben... remember that no good deed goes unpunished!

Finding 11 fun facts about myself might be a bit tricky... I'll settle for 11 facts...
Now to answer the questions posed by Ben...

1.  What inspired the title of your blog?  Well, I wanted to have a title that indicated my faithfulness to the Church as a woman, especially because I was tired of being "represented" by the feminazi types. I also wanted a snappy Latin title. Not knowing any Latin, I asked my Parish Priest what he thought I should call my blog...I would never have been brave enough to come up with that title myself, especially now I know it's a title used for Our Lady...
2. Why should people read your blog? Errrrm... well... there is stuff about cats and stuff about Catholicism...
3. What is your personal favourite post on your blog? That's a difficult one. I think that the most influential post has to be the one on the dilemmas of a traddy womynpriest... I think it was a post that went round the world, aided and abetted by Frs. Finigan, Blake and Zuhlsdorf, and helped along by Damian Thompson. But really, I think my best post is one I wrote arguing against the Stand Up for Vatican II crowd, pointing out that their stand was contrary to the teachings of, ummm... Vatican II.
4. What has been the most popular (most viewed) post on your blog? Strangely enough, it appears to be a game of Liturgical Chicken... how much of the music can you stand before you hit the stop button. I'm not sure how many people stumble across it while looking for real chickens, but at 19,142 page views (according to Blogger) it is far and away the most popular post. For comparison, Felix Fidei Defensor is second most popular - at 1,681 page views. Chickens are more popular than cats? Who knew??
5. Which post on your blog has attracted most comments? I don't usually get many comments, 2-3 is about average Occasionally I get a spike when something happens such as my cat dying. At first I thought that the post with most comments (33) was my Laywoman's Guide to the Usus Antiquior, but further delving revealed that it was actually a post on tacky hymns (47).
6. What other hobbies or interests (beyond blogging) are you prepared to admit to? Photography, singing and going out for dinner.
7. What are your hopes for the new pontificate? The same as my hopes for the old pontificate.
8. Where is your favourite place of pilgrimage, and why? Lourdes. It's one in the eye for anyone who claims not to believe in God or miracles because they are "rational."
9. Who is your favourite spiritual author, and why? Aaaaaaaaaaaargh. It depends what mood I'm in. Ummm... St. Louis Marie Grignon de Montfort. Or possibly St. Alphonsus Liguori. Or maybe Ven. Louis of Granada. Or perhaps Dom Lorenzo Scupoli. Or St. Francis de Sales... As for why, well, that would take forever...
10. Which of these questions did you find it most difficult to answer? The previous one!
11. Are you now, or have you ever been, a member of the Communist Party? No.

My 11 questions are very similar to Ben's (imitation being the sincerest form of flattery) so...

And my nine nominees for the Liebster Award are:

I'm afraid that I couldn't be bothered to work out which blogs didn't have big readerships - and am quite sure that many of the blogs I have named have more readers than me... but I have avoided the really big hitters such as Fr. Z and His Hermeneuticalness... and, actually, any priests, as they tend to have a captive audience of parishioners anyway...

Well, we didn't get to have a Solemn High Mass today, but had to "make do" with a Missa Cantata.

The only reason that I knew how long the ceremonies lasted was because I was writing down the times of various bits to allow for future scheduling. It really didn't feel like 2 hours 31 minutes.

I think that having a procession outdoors when it's snowing might actually be a step too far.

The server who got to be cross-bearer seemed to enjoy himself...

You can see more photos over at Flickr.
Posted by Mulier Fortis on 24.3.13 No comments: