Franciscans Of The Immaculate Celebrate At Blackfen... 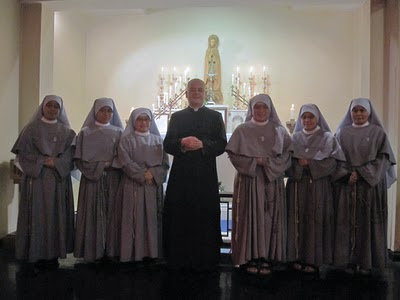 After Mass, a few of us went off to a local establishment to continue the celebration and discuss the theology over a pint. The clinching argument has to be "Well, come on... if you were able to create your own mother, what would you do?" 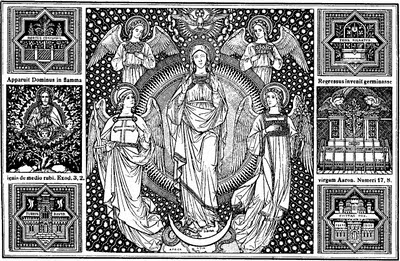 A Poem In Honour Of St. Nicholas...

Left-Footer has composed a poem in honour of St. Nicholas... at least, the lack of credit to anyone else made me think it had to be an original.

It really is excellent, and so I am going to snaffle it. 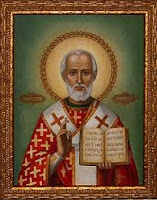 Saint Nicholas was my kind of Saint,
If sometimes short of temper.
Though pacifism was not his bent;
He was fidelis semper.

His kind of knock-down plagologue*
Is now not to our taste.
We value courteous dialogue
Above such wordless haste.

And yet there is a time, one feels
To strike and not to speak.
When Reason with Unreason deals,
It's reason which is weak.

For who can mould a brain of mud
With philosophic lore?
Better to thump the stupid crud.
His place is on the floor.

* Left-Footer notes that Plagologue = arguing or reasoning with blows. This word does not appear in any dictionary. It is my own coinage, being derived from Latin 'plagus' = a blow, 'plagosus' = full of blows, violent, cognate with Greek 'plegein = to beat, and logos = reason.

As I said, sheer brilliance. Do go on over and tell him how much you appreciated it!
Posted by Mulier Fortis on 6.12.10 5 comments:

Matthew Archbold has put up a post about a model, in gingerbread, of the Basilica of the Immaculate Conception. 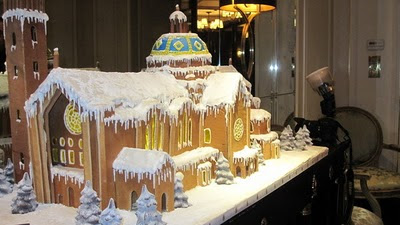 Yes, it is impressive. But, in my humble opinion, it lacks a certain something... that something being the ability to eat bits of it after the architecture has been admired (the piece describes the gingerbread as "not the type you use in cookies, but the sturdier kind." - ie. they mean something with the consistency of cement...)
Anyway, here's the one which made its way to Blackfen just last year (and very delicious it was too!) I love blogging, but I also enjoy tweeting and facebooking. Occasionally there are trends, especially on Facebook, where everyone who supports a certain cause is encouraged to copy and post a particular status, or to change the colour of their profile picture, or something of that ilk.

Today, I have to say that I was more than a little irritated to note that the latest trend was encouraging people to change their pictures to cartoon characters to support the NSPCC's campaign against violence towards children.

Quite apart from the fact that I don't know anyone who is in favour of violence towards children, so the changing of the profile pictures seems a little pointless, the NSPCC has a policy of referring pregnant teenagers to the Brook Clinic for abortions.

But they're against violence towards children?
Posted by Mulier Fortis on 5.12.10 12 comments: