I am not the only one who feels it's time to sort stuff out... SPUC are in the process of updating their charities bulletin, a summary of whether charities are engaged in activities contrary to the teachings of the Catholic Church. The last bulletin is dated 2006, and a lot has happened in five years, so an update is definitely needed.

This is a very valuable resource for anyone who wishes to avoid inadvertently funding stuff such as embryo experimentation.

If you have any information on specific charities, you are invited to contact Anthony Ozimic.
Posted by Mulier Fortis on 30.7.11 No comments:

Just thought I'd take the opportunity to plug an excellent blog which is fairly new to the scene. Defénde nos in proélio is written by Annie Elizabeth, who describes herself as a Catholic wife, mother, home educator and breastfeeding counsellor.

She's written an amazing post about breastfeeding and its links with NFP and other things (I had no idea that the development of the dental arch was so dependent on breastfeeding!)

Do pop on over and leave a comment - it's lonely when you first start blogging, and everyone needs a little encouragement.
Posted by Mulier Fortis on 30.7.11 3 comments: 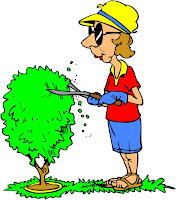 I am contemplating a further change to the design of my blog.

Yesterday I had just a single post showing, and I suddenly realised, as I scrolled down, how very unwieldy my blogrolls have become. I think I shall create a page or two for the blogrolls, and only have a small selection of blogs on the main sidebar, possibly the most recently updated blogs, with their latest posts.

There are further attempts happening at the moment to legalise euthanasia in this country.

The common rallying cry for those who are pro-euthanasia is that one should have the right to choose to end one's own life, and have help to do it if needed. Heart-rending cases of people suffering from terminal and debilitating conditions are trotted out before the media, with the people concerned declaring that they wish to end their lives and don't want their nearest and dearest to suffer for helping them to do so.

The problem is that people who are suffering from debilitating conditions may not always be (dare I open a whole can of worms here?) in the right frame of mind to make such a choice.

Now, before I get shot down in flames, I am speaking from personal experience. Back in the late 1980s / early1990s I was suffering from chronic pain and I could only walk with crutches. More distressingly, I was told by several doctors that they could find no real physical cause for my pain.

Fortunately, I was working as a doctoral research student at the time, and my professor told me to stop researching the alcohol and start researching a couple of conditions which had been identified in my medical notes to see what I could find out. (The internet was not widely available at this time, so I couldn't just run a quick Google search, you understand!) It transpired that not only did the two conditions interact in such a way as to increase the pain I suffered, but that the whole of the front of my tibia was eroding as a result of previous surgery. Eventually, further surgery put things right, and, while I still have problems, I'm no longer on crutches and no longer on morphine!

But, at the time, I considered taking my own life. If voluntary euthanasia had been an option, I might not be here now. I'd discussed the possibility of amputation, but was told that phantom pain would probably result. The doctors could not give me any hope that the pain would ever stop. Suicide seemed a logical and rational decision. I was in unbearable pain, there was no treatment possible because no-one could find a cause for the pain, and my quality of life was pretty low. I knew that I could go on like this for decades, and it just didn't seem worth it. Luckily for me, my research started to identify possibilities, and I changed my mind. I then experienced my Damascus conversion (or, rather, reversion) and suicide was no longer an option.

I was very fortunate. So was Hannah Jones. At the age of 13, Hannah went to court to protest that she had the right to choose to die. In her case, this was by refusing a heart transplant. A year or so later, and she changed her mind. She has now completed her GCSEs and is looking forward to going to college... and she is delighted that she changed her mind.

If euthanasia becomes legal, people won't get the chance to change their minds.

I know that people will counter this by saying that euthanasia will always be voluntary. Unfortunately, this is unlikely to be the case. Euthanasia by omission of food and fluids is already happening in this country. There is nothing voluntary in this. Anything said, perhaps in a moment of despair, can be trotted out to support the ending of your life. You're not safe even if you have never actually said you're in favour of euthanasia. As Mr. Justice Charles said in his latest ruling in support of removing food and fluids from a woman in a vegetative state:

" There was 'convincing evidence from those who are nearest and dearest to her that there is nothing in her approach to life which would indicate that, if she were able to say something about it, she would not completely support what the family are asking me to do.'"

No chance for that lady to change her mind (assuming she ever made a choice in the first place!)

It's important to note that people have recovered from a persistent vegetative state, and there is ongoing research as to whether drug therapy can be used to help recovery.
Posted by Mulier Fortis on 28.7.11 1 comment: