I used to be a firm believer in donor cards. I remember being quite angry that, on the death of my father, no one at the hospital believed my mother was in a fit state to consent to his organs being used. When his personal effects were returned, we found his donor card in his wallet.

Now, I am not so sure about the wisdom of carrying a card. The more I learn about hospital procedures, the more suspicious I become. When, exactly, is a person considered to be dead? And if, in order to allow organs to be harvested for transplant purposes before the heart has stopped beating, the diagnosis of "brain death" is accepted, then what exactly is "brain death"? And now we hear of cases where the donor has recovered just in time to stop having vital organs removed...

Tony Bland had to have opiates administered so that he wouldn't show distress when he was being starved and dehydrated to death. Now "dead" patients are having to be anaesthetised to stop them reacting to the pain of surgery to harvest their organs.

Coma, the book by Robin Cook about a health centre which purports to look after coma patients whilst secretly harvesting their organs for transplantation is beginning to appear prophetic...
Posted by Mulier Fortis on 24.11.12 4 comments: 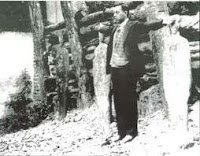 Today is the anniversary of the martyrdom of Blessed Miguel Pro, a Mexican priest of the early twentieth century.

I heard the name a while back, but I didn't know very much about him until I read this excellent summary of his martyrdom on the Guild of Blessed Titus Brandsma blog. The similarities in the stories of the persecution of the Church in Mexico and the persecution carried out in England at the Reformation were quite striking. Nothing new under the Sun? Or does persecution of the Church always follow the same pattern? There's an extended blog post in there somewhere...

I was particularly amused by the tale of a young woman helping Fr. Pro to escape by linking arms with him and pretending to be his wife/girlfriend. There is a very similar account of one of the English martyrs (I forget which one) being saved from capture by the pursuivants when a maidservant pushed the priest into a water trough (or duck pond.) It was assumed that the woman, a known Catholic, would never do such a thing to a priest...

It is finding out about things like the persecution of the Church in Mexico that highlights the paucity of History teaching in the UK. The only thing British children get to hear about Mexico is that the Aztecs/Incas were there. The teaching is so vague that, even now, I don't know the difference between the Aztecs and the Incas...

Richard Collins also writes his own blog, Linen on the Hedgerow. It's well worth keeping an eye on his personal blog as well as the Guild one, because he doesn't always publish the same stories on both (I envy his industry... I have problems writing for just the one blog!!)
Posted by Mulier Fortis on 23.11.12 4 comments: 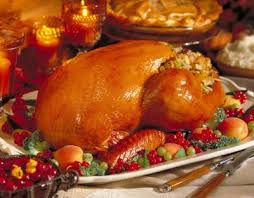 Oooops. Wrong celebration! This is the photo I meant to put up...

Happy St. Cecilia's Day. If you want to know more about the saint herself, do go and read my previous post about her.

And, to my many American readers, have a happy thanksgiving as well. Just one word of warning. If you are a vegetarian, and are happily planning on tucking into the tofurkey, be aware that it has nothing to do with tofu. The tofurkey is a cute little critter, and you have had it slaughtered... 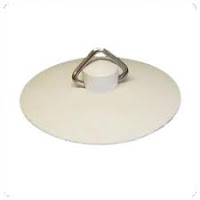 A brand new blog is up and running, and is worth keeping an eye on.

It's by a friend of mine, Catholic Christian, who has just moved to the big, bad city,and he wanted to start a blog to record his thoughts and experiences.

Anyway, do pop over to Roamin in London when you get a chance
Posted by Mulier Fortis on 21.11.12 No comments:

I returned to the Church twenty years ago, after what I describe as my Damascus Road conversion. I was pretty arrogant back in those days (some say that I still am) but I knew that the only way to avoid making a mess of my life again was to submit to the teaching authority of Holy Mother Church. She had, after all, survived 2000 years of human mismanagement, and Jesus had guaranteed that the Holy Spirit would preserve her. It was a no-brainer.

About a year or so after my reversion, the women priests thing kicked off in the Church of England. I didn't understand all the theological arguments - I still don't - but the Catholic Church stated clearly that you couldn't have women priests, because she didn't have the authority to do what Christ himself had not done. The lack of authority was the bottom line. That was enough for me.

The Church of England decided to go ahead and ordain women, but then, to put it bluntly, they dropped the idea of authority back when they split with Rome over the matter of a certain King's divorce. At the time it was argued that it was alright to ordain women as priests but they wouldn't ever go ahead and be ordained as bishops.

This struck me at the time as a rather disingenuous statement. Even to my untutored ears, it didn't sound right. After all, if you are going to dispense with the arguments against having women priests, then there are no arguments remaining against having women bishops. If there are no theological reasons to prevent women being ordained as bishops, then it boils down to a matter of equality. You cannot say women can not be bishops just because they are women when you wouldn't accept that argument about women becoming priests in the first place.

Today the General Synod voted very narrowly against women bishops. I think the Church of England is in trouble here. Anyone care to take bets on how long before we have the first court case under equal opportunities legislation?
Posted by Mulier Fortis on 20.11.12 4 comments:

A Compliment To Treasure...

I usually read all my favourite blogs via Google Reader. It cuts down on time wasted in clicking on links in a blogroll and finding that there's not been an update yet. It was a major consolation when my computer broke down, as I was still able to read all my favourites on my mobile phone (Google Reader is excellent on phones) and so I didn't have the attack of the vapours which total deprivation would have induced.

The downsides to using Google Reader are that I don't get to see the comments and that I don't see the design and layout of the blogs I'm reading. The former isn't too much of a problem - I can go and look at the original post if I think it provoked a good response. I don't usually bother too much about looking at layout on other blogs, it only comes to my attention when I am actually opening up specific posts in order to link to them.

I noticed that I received several referrals from my friends on Papa Stronsay this week. It surprised me, because I hadn't actually seen any posts from them linking to my blog. Just in case I had missed something, I pottered over to have a look. Imagine my surprise when, scrolling down the sidebar, I discovered that I'd been given my very own "icon" on the blogroll... 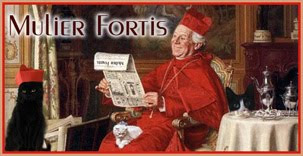 Both Cardinal Furretti and Monsignor Miaowrini made it into the picture. It is absolutely wonderful ! So a big thank you to the Community for the honour.
Posted by Mulier Fortis on 19.11.12 1 comment: 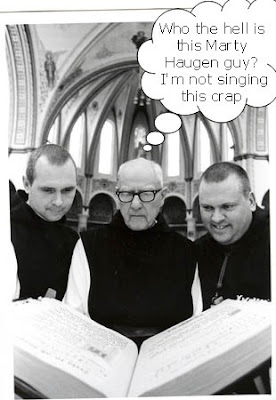 While I was checking out my stats and finding out where my readers are coming from, I discovered a new blog. Further investigation revealed that Recusancy is written by a young woman who has a love for the Church and the Holy Father, and a hatred of bad hymns. She also writes some seriously good stuff, particularly on healthcare.

Pop on over and explore for yourself - she's only been blogging since August, but she's already in the Guild of Blessed Titus Brandsma. Leave a comment or two and welcome her to the Catholic Blogosphere!
Posted by Mulier Fortis on 19.11.12 2 comments:

The case of Savita Halappanavar is a very sad one. It is always sad when a young person dies. The amount of hysterical outrage in the Press from pro-abortionists, however, strikes me as being artificially manufactured.

Firstly, the full facts are not yet known, and won't be until after the inquest. There is no evidence that an abortion would have saved Savita - and, in fact, the president-elect of the Federation of Obstetric and Gynaecological Societies of India (FOGSI) for 2013-2014, Dr.Divakar, said that an abortion performed in a situation of acute septicaemia could well have resulted in hastening Savita's death.

Another reason that I consider the outrage of the pro-abortion lobby to be insincere and opportunistic is the lack of comment about the rates of maternal mortality in countries which do allow abortion. In 2010, the number of maternal deaths in the UK was double that in Ireland, and the US rate was more than three times that of Ireland. Ranking 6th in the world, Ireland is one of the safest places in which to give birth. The UK, which has what is effectively abortion on demand, ranks 23rd in the world, and sepsis is the leading cause of maternal mortality here.

Hard cases make bad law. Savita's death is a tragedy, but we need to examine the true facts before claiming that abortion should be made legal in order to reduce maternal mortality rates.
Posted by Mulier Fortis on 18.11.12 3 comments: