Now that I work locally, I have the opportunity to spend an occasional afternoon sitting by the beach. It's not, in my opinion, warm enough to go paddling just yet (though we did have a few warm days at the beginning of May) but I do enjoy driving down to a little point near home where I can park the car and watch the waves as they hit the sea wall. 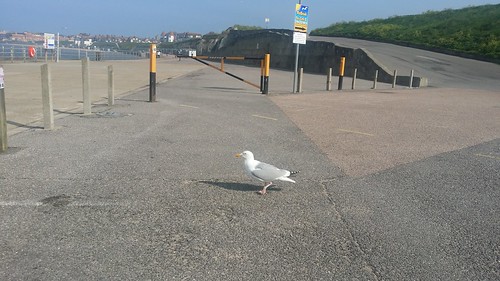 The other afternoon I decided to get myself a KFC takeaway, and eat it in the car. The last time I was gull-watching, I had brought some bread as "bait" - but not just any old stale stuff. It was brioche. Nevertheless, the gulls were not impressed with my offering, and ignored the scraps I threw in their direction. I had to crop my photos to zoom in on the birds.

This time I threw out a few chips... 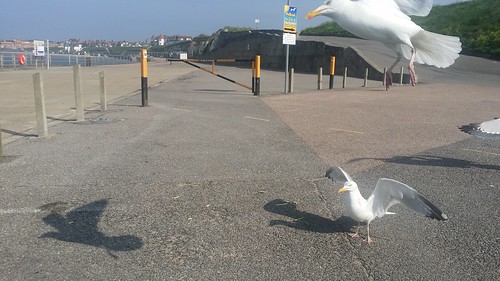 One chap (I assume it was a chap) obviously thought the chips should be his... he spent a lot of time squawking and chasing other gulls away... meanwhile a few opportunists were sneaking in behind him and hoovering up the chips. 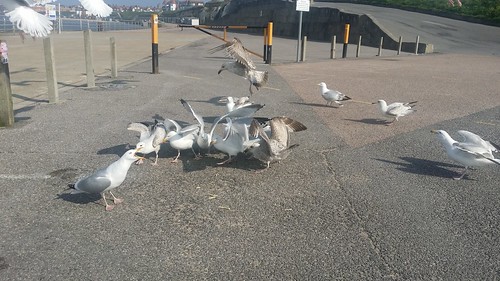 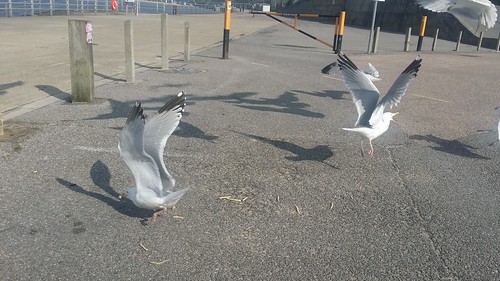 The gulls of Margate are obviously much more choosy than the ones in Cornwall (the PM was answering questions about the gull-menace in Cornwall last Summer!) I'm not sure if that's because they are a more discerning class of gull or if they are just better-fed.