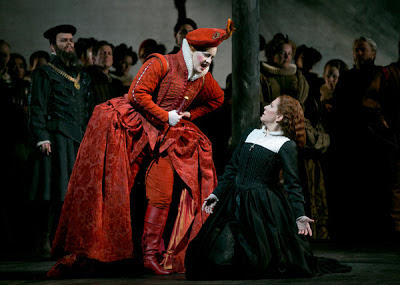 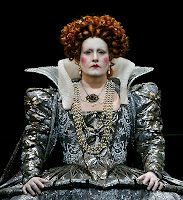 Fantastic sets, wonderful costumes, brilliant acting and superb music. I can't wait for the next choir outing!
Posted by Mulier Fortis on 19.1.13 6 comments:

About a month ago, I blogged about Ooberfuse and the fact that they wanted volunteers to go to North Greenwich Tube Station to dance for their official music video for Rio 2013.

I've been watching out for the result, and the video is promised soon... but the song itself is rather catchy, so I'm putting it up early...

Well, you can't really dance to Gregorian chant, and Haugen, Inwood & co. just don't cut the mustard in the catchy tunes department...
Posted by Mulier Fortis on 16.1.13 No comments:

Still very busy at work. But being a Science teacher has a few perks... such as the opportunity to gross out the children. I will be doing this one (for real) with my Year 8s - they're about 12-13 years old - which should prove entertaining...