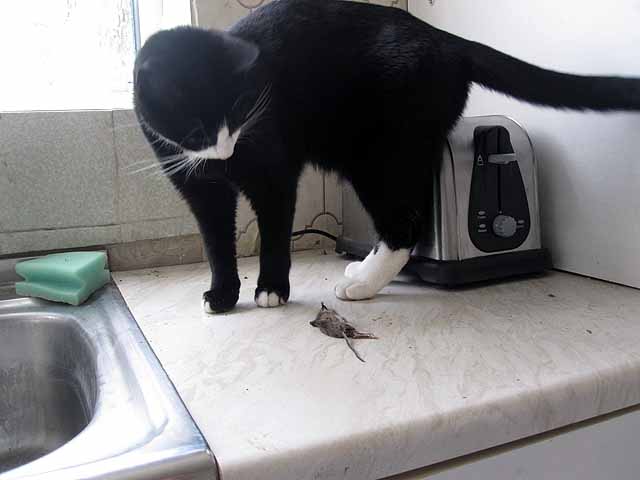 There haven't been any additions to the kitty kill count in the sidebar since Miaowrini's initial post-operative mouse. I was beginning to wonder if, after proving that she could still catch things, Miaowrini had decided to retire as an active hunter.

The local rodent population may also have become complacent. Last night, just as I was settling down to sleep, Miaowrini brought in a live mouse. Furretti then pulled rank, and started to push the mouse around a bit. I decided to intervene, and the mouse was rescued and dropped out of my bedroom window. I watched it scamper off. 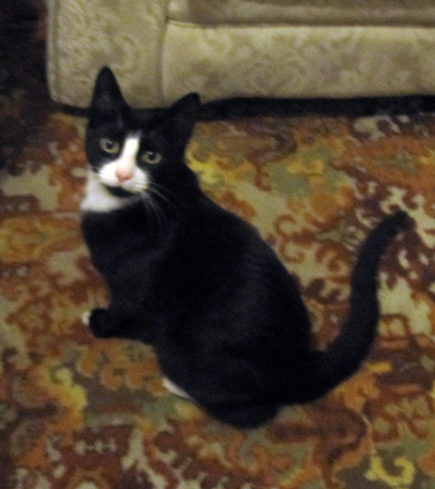 This morning there were two dead mice by the front door.

I'm not entirely certain that this isn't a warning...

We had the Crowning of Our Lady's statue at Blackfen this morning after the 9am Mass, along with chanting of the Litany of Loreto... 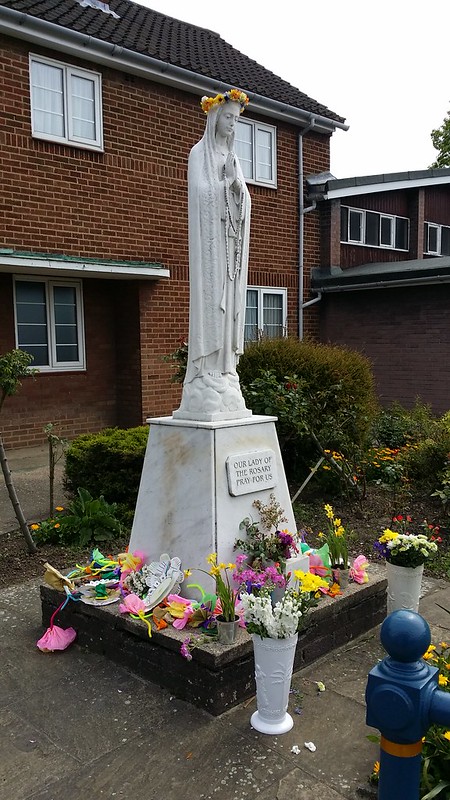 You can see a few more photos on Flickr.
Posted by Mulier Fortis on 4.5.14 No comments: