Blogging Has Been Suspended...

My desktop computer has died, and I can't afford to get it fixed just now - or afford to get a new one. I can't blog from school, and blogging on my mobile phone is too much hassle. I hope to be back up and running soon!
Posted by Mulier Fortis on 9.11.12 5 comments:

I Don't Want To Jump On The Bandwagon, But... 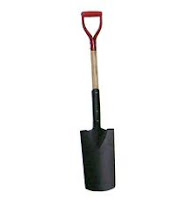 Lots of stuff has been written about the recent woes of Dr. Tina Beattie. She has complained that there is a blog campaign against her, and that is the reason she has had a couple of speaking engagements cancelled. There are some excellent summaries out there - Mark Lambert has the most comprehensive round-up, including links to Dr. Beattie's cries of victimisation.

Time to call a spade a shovel, I think.

Yes, several bloggers have written posts decrying her opinions, and expressing relief that she will not be given a platform at Catholic institutions to air her opinions.

However, this is not the "sovietisation" of the Church. This is what happens when faithful, orthodox Catholics (who are, quite frankly, totally hacked off at having her personal opinions touted as being compatible with Catholic teaching) get to demonstrate their democratic right to exercise free speech. That's what blogs are for - they allow those of us who wish to do so (without the benefit of friends in the mainstream media to give us a platform) to express our views to a wider audience.

Dr. Beattie's invitations to speak are extended to her in her capacity as a Catholic theologian. After all, that's the billing she gets in The Tablet. It's the description she gets given in the mainstream media. No-one contacts me to ask if I will talk on the teachings of the Church - I have no official standing. She is asked to speak solely on account of her position. If the views Dr. Beattie holds and expresses are not in accord with the teachings of the Church, (although she is at total liberty to hold and express those views) then it is no surprise that the invitations to speak at Catholic institutions are withdrawn.

Hardly rocket science, is it?

Dr. Beattie can think, say and write whatever she wants. She has that freedom. But she can't do it and honestly claim to be speaking as an authority on Catholic theology.
Posted by Mulier Fortis on 4.11.12 6 comments: