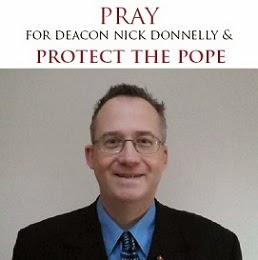 One rather obvious conclusion which might be drawn is that certain members of the hierarchy may, in fact, be in sympathy with the dissent, and wish such views to be allowed to be expressed without opposition from Catholics loyal to Church teaching...
Posted by Mulier Fortis on 30.4.14 4 comments: