I hate the changing of the clocks. It irritates me - I honestly can't see the point. London is on the Prime Meridian, zero degrees longitude... all time zones throughout the world use Greenwich Mean Time as the baseline.

Monkeying about with the clocks each year so that we can have British Summer Time is pretty pointless. The guff about the changing of the clocks giving us an extra hour's daylight is complete rubbish - we have exactly the same amount of daylight as we would get without changing the clocks...

Another excuse is that the number of road accidents with children on their way to school in the early morning darkness is reduced. I wonder why the accident rate for children going home in the dark evenings doesn't matter?

It annoys me because, just as my body is adjusting to light levels in the summer mornings, I suddenly have my body rhythms interrupted by the jump forward. My body tells me it's 6am... but the alarm clock says 7am. Somehow or other the extra hour "gained" in the autumn doesn't seem to register in the same way.

As for moving the clocks so as to be on the same time zone as Europe, well, that's just crazy!

Ok, rant over. I just had to get that off my chest.

BTW, we return to GMT tonight, so the clocks go back an hour. I wonder if the kitties will try to wake me up for breakfast...
Posted by Mulier Fortis on 29.10.11 6 comments:

Having been ridiculously busy of late, and unusually disinclined to go anywhere near my computer during my week off, I have suddenly realised that I never did get around to publishing my photos from the recent LMS pilgrimage to Aylesford.

Very remiss of me. 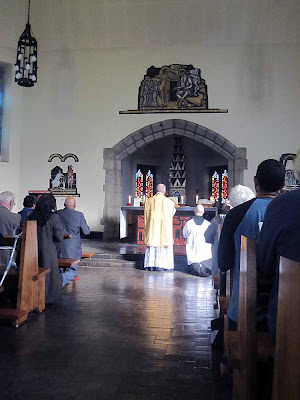 The music was a real treat - and there was a thrill associated with the thought that it had been composed by a contemporary of St. Simon Stock, the founder of the shrine at Aylesford. The Kyrie has to be the longest I have ever encountered: I have never been at a Mass where the celebrant gets to sit down while waiting to get to the Gloria!

The Mass was in the Relic Chapel. During the sermon, Fr. Tim reminded us that St. Simon's skull was kept in the reliquary behind the altar... 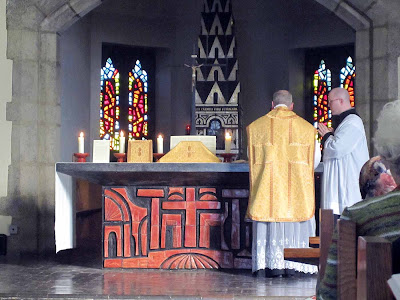 I have a bit of a love-hate relationship with Aylesford. I am astonished by how little is made of the fact that this is the place where St. Simon Stock had a vision of Our Lady, and then started the devotion of the Brown Scapular. The place is relatively close to where I live, only 45 minutes down the motorway, but I don't go there as often as I could - mostly because I associate the place with dreadful diocesan liturgy and horrible school trips... and damp (which makes my joints ache.) However, none of these factors were in evidence for the LMS pilgrimage!

Part of the fun of pilgrimages is getting to meet up with friends - I discovered that Paul Smeaton had apparently let the side down by turning up without a tie. His punishment was to be forced to model the proposed new Juventutem London tie by Seán... I sincerely hope that was a joke, as the tie has got to be one of the most ghastly items I have ever encountered... 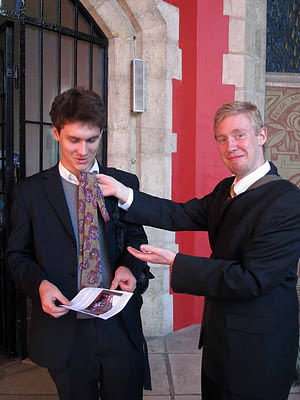 After the Mass I had a lovely chat with the Reluctant Sinner, though we had to make a mad dash back so as to make it back for Fr. Tim's talk. 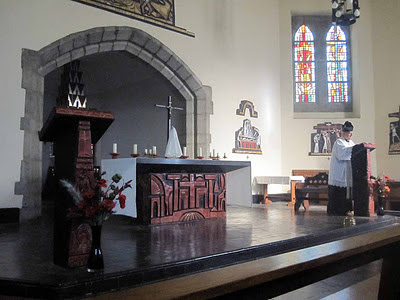 After the talk, we finished the pilgrimage with Benediction... 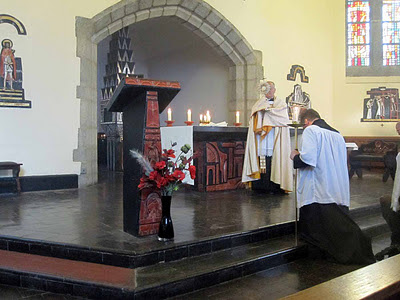 I didn't take many photos on this occasion, but Joseph Shaw took lots, and they can be found on his excellent Flickr site. I even found a photo of me which I consider acceptable... 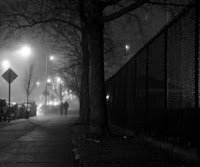 Remember, remember,
the fifth of November,
gunpowder, treason and plot...

The weekends either side of November 5th are marked by lots and lots of fireworks being let off. I don't mind the organised displays so much - it's the youngsters letting off fireworks in the streets and the back garden events which annoy me. I do, however, love the misty look and the smell resulting from all the bonfires.

I'm not sure how the cats will cope - it's their first Bonfire season. This time last year I'd only just adopted Furretti, and she was too young to go outside, and Miaowrini didn't make an appearance chez moi until 12th November.

Looking back over last year's posts to see when the kittens did actually make an appearance, I realised that Monsignor Furretti has really grown. Then... 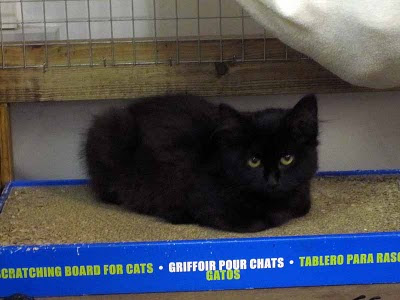 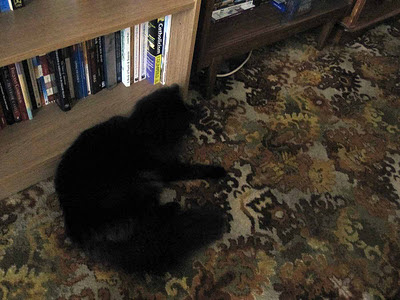 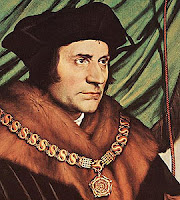 Many people have noted the increase in action taken against Christians who wish to do nothing more than express their beliefs freely. There was a case of a nurse who was disciplined for wearing a cross at work, a worker who faced the sack for having a palm cross in his work van, and so on. The latest case is that of a mental health worker who was sacked for handing a leaflet about women's experiences of abortion to a fellow worker (as part of an amicable discussion).

The Thomas More Legal Centre helps to represent people experiencing such discrimination at employment tribunals and such-like. But they need funds in order to continue to do so. The Pastor in Valle has a letter from the Trustees over on his blog, along with more information.

The Centre doesn't normally appeal for funds, and the Trustees had decided to continue with this policy until they had a case which actually needed to go to court. That time, it seems, has now arrived.

The Trustees are also asking for prayers, and I'm sure we can all help with that!
Posted by Mulier Fortis on 27.10.11 No comments:

In my last post, which was rather too long ago for my liking, Just Another Mad Catholic asked if I'd heard Tom Lehrer's Hunting Song. I hadn't, but, thanks to the wonders of YouTube, I found this...

I'll just point out that there's another dead mouse to add to the bag!
Posted by Mulier Fortis on 25.10.11 No comments: