One In The Eye For The "Experts" ! 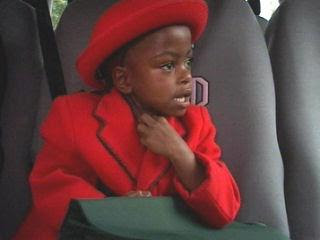 This is really heartwarming - a real bit of good news. There is a salutary lesson in here though: the experts do not always get it right. It is also quite scary to realise that the so-called experts were really putting Aaliyah Hart's mother under tremendous pressure by "offering" her the chance to abort right up until the time of her birth.

Twitch of the mantilla to Newhousenewjob.
Posted by Mulier Fortis on 6.9.07 1 comment:

Surprise, surprise! The HFEA has decided to give British scientists the green light on the creation of human-animal hybrid embryos for the purposes of experimentation.

Obviously they only did this after much deliberation, and a lengthy consultation with the public. Yeah, right... and I'm the next Pope.

If you don't already know how much emphasis is given by the HFEA to public consultation, might I suggest reading my previous posts: Consultation?? Oh Really?? and Should We Bother To Listen To The Public? (an actual question asked at the consultation meeting!!) According to the Daily Telegraph, the only reason that the HFEA carried out their consultation was because scientists didn't like the results of the first consultation which resulted in a government white paper banning the research (Too many pro-life groups attended, and "skewed" the results. What a surprise: pro-life groups attended meetings in order to defend human life. How very unreasonable of them! Just not cricket, old boy!).

But never mind... the hybrids will be about 99% human (that 1% means that they're not really human, so it doesn't matter if we experiment on them... but there's not enough animal to make them really yucky hybrids and get the animal rights lobby up in arms...), and at least Britain is kept at the forefront of research on cloning. Given the state of government funding for scientific research, presumably the only way we will be at the forefront of anything is by tackling stuff that most countries consider too immoral or too dangerous to touch with a ten-foot barge pole.

Oh, and I would just like to point out that the scientific research carried out in the Nazi concentration camps was considered to be of vital importance by the scientists too...
Posted by Mulier Fortis on 5.9.07 5 comments: 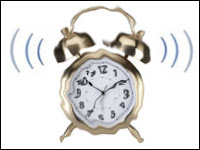 Despite my best efforts, and the efforts of my Guardian Angel, my worst fears were realised. I had an awful night, and kept waking up every 45 minutes or so... until 4:30am or thereabouts! And then, predictably, I overslept! It wasn't the spectacular oversleeping I have managed on a previous occasion (I woke up this morning at 7am) but I was too late to attend the early morning Mass...

...Somehow I doubt that the loud exclamation of "Aaaarghhh, God in heaven, no...!" constitutes an acceptable form of morning prayer...
Posted by Mulier Fortis on 3.9.07 6 comments: