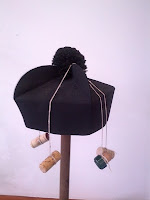 Back in the mists of time when I was a schoolgirl (not quite prehistoric) teachers used videos in lessons. The videos were taped off the TV, usually the "schools programme," and they consisted of adults in very odd clothes talking a lot. Not very exciting, but it made a break from listening to the regular class teacher and copying from the blackboard.

The videos mostly lasted for the whole lesson - the television and video machine were usually wheeled in on a special trolley, and it took a while to get everyone arranged around the screen so that we could all see. Then the video would be started... and we'd find that the last teacher to see the video hadn't rewound it back to the beginning, so we'd wait patiently a bit longer. We'd watch the video and maybe discuss it the next lesson.

All the hassle involved meant that videos were shown in their entirety.

By the time that I started my teacher training, (many years later) it was recognised that short clips designed to illustrate a particular point were probably of more use in the classroom. A whole lesson watching some university professor in seventies get-up talking to the camera just wasn't going to hold the attention of kids used to watching Independence Day, Scream, Jurassic Park and Mission Impossible.

The difficulties involved in arranging to use a TV and video (still on the same lumbering old trolley), getting it into the classroom, getting the students into position and finding the right point on the video (which couldn't be done before, unless you were very lucky, as there was only one machine for the whole department and someone else had booked it for the lesson before) before the students got restless and started climbing the walls, meant that the use of video clips was quite rare. Nice theory, not done much in reality.

Fast-forward to the present and most schools have interactive whiteboards (or, at the very least, computers, projectors and screens) taking up the space where the blackboards used to be. There is an internet connection (when it works) and, since Ofsted is quite keen on multimedia in lessons, the YouTube video clip is king. There is lots of useful stuff there, and most of it is short. What's even better, from the point of view of the teacher, is that the link to the exact video you want can be embedded into the PowerPoint presentation (or Smartboard/ActiveInspire lesson) and is therefore just a click away (so no need to turn your back on the little darlings!)

So, now, every teacher uses YouTube clips. It is necessary to compete with one's colleagues to find the best clips so as not to elicit a groan from the students: "But Miss, it's boring!"

Different groups respond in different ways, but overall I find that humour works best. This little snippet made a great starter for discussion of how gravity is a non-contact force...


Of course, now the difficulty lies in not getting sidetracked! ("Miss, do you believe in alien abduction...?")