This is crying out for a caption... 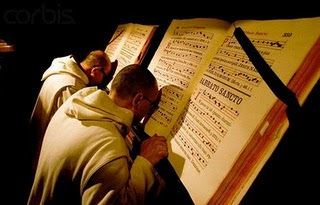 The Shroud Of Turin

I love stuff like this. Just as for the tilma showing the image of Our Lady of Guadalupe, the relics of St. Philomena, and the "legend" that St. Peter's Basilica was built over the tomb of St. Peter, here we have an example of something believed in by the faithful for centuries, dismissed by so-called "enlightened" sceptics, and then confirmed by scientific analysis...
Mantilla twitch to Matthew at Creative Minority Report.
Posted by Mulier Fortis on 23.1.10 2 comments:

The Crescat has an excellent post on attitudes towards her 17 year-old cousin, who recently received a promise ring from her 18 year-old boyfriend. She points out that girls are being encouraged to delay marriage until they have had the opportunity to have "fun" and have "more experience."
I was particularly struck by the Crescat's comment that her cousin's parents "...have been praying about their daughter’s relationships since she hit puberty."
It really is a very good post. Read the whole thing.
Posted by Mulier Fortis on 22.1.10 No comments:

Apologies for the lack of posts this week: a combination of a heavy workload (not helped by having my school laptop die on me, rendering me unable to use any of my prepared lessons on the interactive whiteboards), the remains of a bad cold taking a while to clear up and the beginnings of a chesty cough and sore throat (making me more tired than usual) and the arrival of my new iPhone...
I haven't really had much free time in which to explore the phone's capabilities. I have succeeded in ditching Outlook - after it tried to add a third copy of the same appointment to my calendar, I remembered why I hated it so much - and have managed to transfer everything to Google Calendar, and tie that into the phone's calendar application. I have lost all the colour coding, though, which is a pain. No doubt I will soon get to grips with the niceties of Google Calendar, but I shall be sorry to lose Calendarscope.
I took everyone's advice, and decided to check out some of the apps. I am very impressed by iPieta - it has calendars for both the Extraordinary and Ordinary Forms of Mass, in Latin and English, and it even has the option of side-by-side Latin and English text for prayers and Bible readings.
I also found that Tweetdeck and Facebook have iPhone apps, and Google for mobiles has a voice search option. I downloaded a Tube Map (not that I use the tube much, but it's useful to have a copy of the map which doesn't need an internet connection... as the underground stations are connectivity black holes!) I have also set up a few internet bookmarks for my favourite websites, but I've still not done very much in the way of exploration.
However, on Thursday, I had the opportunity to check out the iPhone's camera, in a situation where I have taken plenty of other photos. I had problems adjusting to the button on the screen being used to snap the scene - I kept pressing the "home" button, shutting the camera application instead - and the photos were not as sharply focussed as usual because I hadn't worked out the best way to hold the phone for photo shoots... 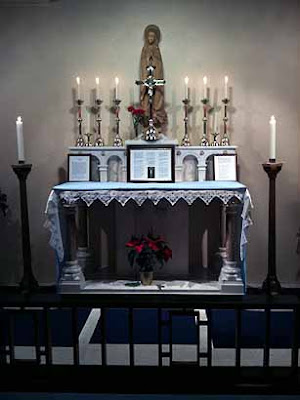 His Hermeneuticalness and Jonathan (our Senior MC) were keen to demonstrate that they too had personal organisers... otherwise known as early versions of "notepad"... 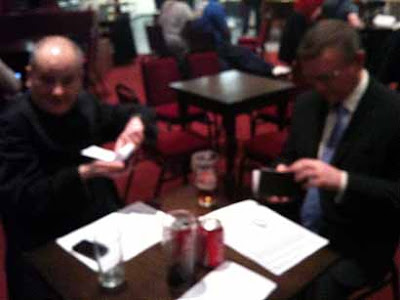 Despite this, Fr. Tim declared himself impressed by the speed of the phone's internet access as well as the speed for loading apps. At one point, as he was exploring its contents, (far more thoroughly than I had succeeded in doing) it occurred to me that I might not get the phone back...
Posted by Mulier Fortis on 22.1.10 1 comment: 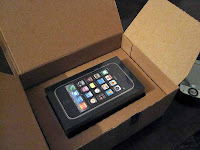 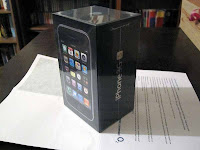 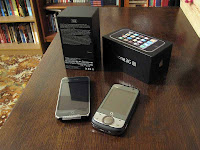 I was a little surprised by how big the iPhone appeared compared to my current phone - it's much slimmer, but is both longer and wider... and there's not much difference in weight. It feels much more "touchable" than my old phone, and I am impressed by the oil-resistant finish on the front of the phone (a shame it doesn't have it on the back as well!)
I'm not ready to download any apps just yet - I need to wait for payday - but I have already spotted that Apple have a set of apps categorised under "Catholic", including iPieta which comes highly recommended.
Overall, I'm not entirely sure if I've done the right thing in moving over to the iPhone: the Xda Orbit is more like a hand-held PC as it had a stylus for handwriting recognition and I could create Word documents, and read Excel and PowerPoint files... as well as it supporting my preferred calendar format. I have two weeks in which to decide...
Posted by Mulier Fortis on 19.1.10 11 comments: 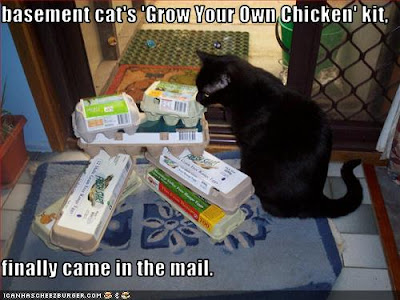