Dressing Decently As An Act Of Charity... 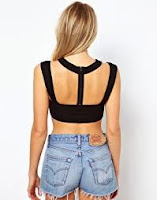 The warm weather means that people are often rather scantily dressed. It interested me to note that, in an email sent round at work, people were asked to dress "decently" so that their choice of clothing did not cause embarrassment, distract or give rise to misunderstandings... in other words, to dress modestly as an act of charity to those around us.

Decent dress, according to the email, meant not showing bare midriffs, not wearing sleeveless tops, avoiding overly-translucent materials, and no low-cut trousers or shorts (of any length).

In other words, one does not merely dress to please oneself, but considers one's colleagues.

It is a shame that this attitude of charity towards one's neighbour appears to be ignored by so many when they are choosing what to wear for the worship of Almighty God...

UPDATE: As Caroline pointed out, it might be worth considering the spectacle presented by many ladies when they kneel at the altar rail for Communion if their tops are of the low-cut variety. Is it really fair on the priest? I have to confess that I used to wear low-cut tops myself when I first returned to the Faith. That stopped pretty quickly after one occasion when the Host accidentally dropped down my (not inconsiderable) cleavage...
Posted by Mulier Fortis on 22.7.13 6 comments: 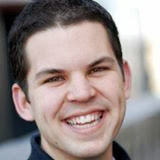 Brandon Vogt recently got into hot water when, after making the texts of the Holy Father's encyclical available in electronic format, he was taken to task by the USCCB and the Holy See.

Brandon isn't arguing about the right of the Holy See to keep the copyright on Church documents, but what he wants is to petition for the documents to be made available under a Creative Commons Attribution-NoDerivs license. This means that people would be able to copy, distribute, display, and perform only verbatim copies of the work. It's an extremely popular way of safely distributing texts, especially digital content. Proper credit has to be given for the source, and the copyright is retained by the Holy See.

If you want to read more about how Brandon inadvertently fell foul of the copyright laws, and the reasons behind his proposals, check out his excellent post. You can also sign the petition by leaving a comment in his com-box.
Posted by Mulier Fortis on 22.7.13 No comments:

Is it really four years since I started watching cricket?

I am having to watch the cricket without the benefit of expert tuition as both Jonathan and Zephy are away from the parish. Nevertheless, I was quite pleased with myself when I was able to say something vaguely intelligible after Mass when watching the Test Match in the Parish club. Unfortunately I can't remember what it was...

Although I haven't actually posted on it (for fear of saying something really stupid which will incur the wrath of cricket enthusiasts everywhere, and particularly in Blackfen) I have been keeping more than one eye on the Ashes Test Series. I have a very handy phone app which is rather useful - it tells me the score, whether the game is still on, who is in, who is out and how many runs are needed for one side to beat the other.

This year, the weather has not intervened to help out the Australian team, and, after their really disastrous first innings in the second Test, the Australians were well and truly thrashed by England.

So we only need to win one more Test out of the three in order to win the series...

I hope my support isn't going to prove the death-knell for England's chances of retaining the Ashes!
Posted by Mulier Fortis on 21.7.13 1 comment: