A twitch of the mantilla is owed to the inimitable Fr. Z for highlighting this one! I hadn't heard of it before, but I'd love to add my support.

The majority of self-professed feminists I've encountered in my life seem to believe that equality of the sexes means unisex. Well, sisters (and the rather wimpish brothers who tag along) I regret to tell you that biologically there is no such thing as unisex. Men and women are NOT the same. We are adapted for different roles, and no amount of legislation will ever be able to overcome this. Women are designed for bearing children, men are not. And our biology has an effect on the way we think too. Our brains are just wired differently.

And yes, I know there are exceptions.

So, here is my contribution:


How many feminists does it take to change a lightbulb? 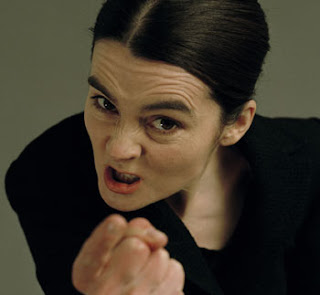 Is it just me whose first thought on hearing that François Hollande had been elected as French President was whether his parents had wanted him to have an identity crisis?

And am I the only person to be unable to avoid sniggering when reading that the CIA has discovered a bomb which bore "all the hallmarks" of the 2009 underwear bomb...?

Oh well, the kids at school will be chortling about the dinosaurs. They already find the fact that cows breaking wind counts as greenhouse gas emissions highly amusing...
Posted by Mulier Fortis on 7.5.12 1 comment:

Why is it that I never write things down when I think of them, but rely on my increasingly unreliable memory? I had several ideas about which I intended to blog today, and now I can't remember any of them...
Posted by Mulier Fortis on 6.5.12 2 comments:

I blogged about having passed my half million hits mark a short while ago, and reminded the delightful Zephyrinus that he'd promised me a bottle of something bubbly with which to celebrate. I failed to remind him that this had been over a year ago (I've had a bit of a blogging block, so it's taken me longer than anticipated!)

Nevertheless, this morning Zephyrinus presented me with a rather nice bottle of fizzy stuff. And no, it wasn't my usual tipple of coca cola (though I had some of that after Mass today)...

Thank you Zephy! I shall drink a toast to your very good health... 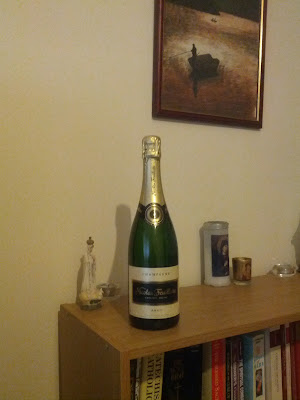