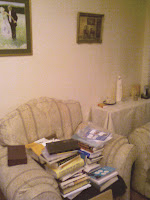 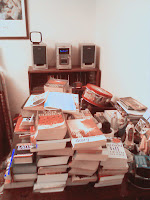 Anyway, a friend offered to come round and help me tackle the cases. I now have four of these: 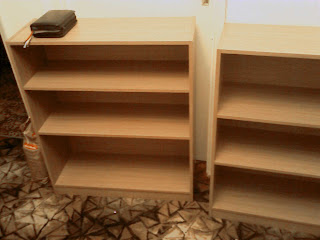 The new school term will have started...
*sigh*

My one consolation is that The Tablet had (wrongly) assumed that the Holy Father would be there in August, for the Assumption...
Posted by Mulier Fortis on 16.5.08 2 comments:

It is a sad fact that pro-life organisations often appear to be at loggerheads with each other. This is a crying shame, and a real demonstration that the devil is doing his best to sow dissension among those who oppose him, following the maxim "divide and conquer."

I note that Passion for Life is campaigning hard (and doing some good work) against the HFE Bill. However, by concentrating on reducing the number of abortions, they allow people to assume that abortion is alright in some circumstances.

The problem is, once you abandon the moral high ground which maintains that all human life is sacred, the whole thing just becomes a subjective quagmire: if one person maintains that abortion shouldn't be allowed after twelve weeks, that is merely his subjective opinion, and someone else could have equally valid reasons for making the cut-off at sixteen weeks...

So, regretfully, I have to say that I think Passion for Life have put their collective foot in it with their latest postcard campaign. I haven't managed to find it on their website, but I have seen the postcards (I wish I had managed to get a photo.) It reads: "Abortion should be rare."

Which rather begs the question, how many abortions, exactly, would qualify as "rare," and, by implication, "acceptable"?

UPDATE: It was suggested, in the combox, that no such postcard existed, and that I was misrepresenting the work of Passion 4 Life. Fr. Tim Finigan has put a photo of the postcard on his blog.
Posted by Mulier Fortis on 16.5.08 12 comments:

The Truth About Stem Cells

Given all the hyperbole about the "desperate need" for embryonic stem cells and human-animal hybrids to allow the development of many treatments for human diseases and disorders, and all the claims made by scientists about how scientific progress will be unbelievably hampered if Dr. Frankenstein isn't allowed complete freedom in the laboratory, it is refreshing to find a simple, but authoritative, summary of where the research actually stands at the moment.

The Scottish Catholic Media Office has produced the following video, showing Professor Colin McGuckin, from the University of Newcastle, explaining it all in words of one syllable. The music in between sections is rather grating, but it's worth putting up with it, as this is the most accessible and comprehensive summary of stem cell research I have encountered.

Hmmmmm. Hang on a minute. Newcastle was in England the last time I looked. So why wasn't this stuff produced by the Catholic Media Office of England & Wales?? Maybe something to do with the excellent support given to the pro-life movement on this issue by the Scottish Cardinal, and... (I'll leave you to work out the end of that statement.)

Twitch of the mantilla to John Smeaton for the video link.
Posted by Mulier Fortis on 16.5.08 No comments:

The Association of Catholic Women have the following survey out on Catholic education. Take a few minutes to fill it in... I think it's open to anyone - there's a question asking if you're from England & Wales or elsewhere at the end.

Mantilla-twitched in Auntie Joanna's direction
Posted by Mulier Fortis on 15.5.08 No comments:

Just In Case You Can't Think Of A Reason... 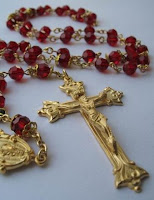 A while back, Newhousenewjob said that she had been angered by the implication that the Rosary is a prayer only said by people too stupid to think up their own prayers. She did wonder whether her friend had gotten the wrong end of the stick, but looking at the name of the group her friend went to for instruction ("Journey in Faith") I suspect that this was one of those wishy-washy, cafeteria-catholic type groups, who love to imagine that they're oh-so-sophisticated-and-adult in their faith.

Well, plenty of intelligent people I know pray the Rosary: several with doctorates, many with at least first degrees. People who believe that the Rosary is just repeating prayers mindlessly haven't had the intelligence to find out what the Rosary is all about.

Anyway, I saw this video on Fr. Ray's blog, and it is so uplifting and cheerful... and gives fifty reasons (from fifty young people) why we need to pray the Rosary. 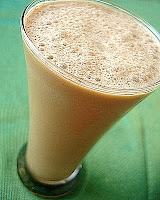 I'm now fantasizing about tall glasses of iced coffee... with scoops of vanilla ice-cream. And cans of Coca Cola.
Posted by Mulier Fortis on 14.5.08 8 comments: 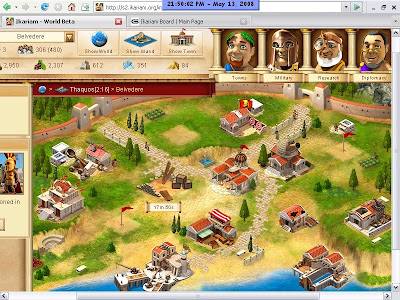 I have discovered yet another way to waste time online: web games. The one I discovered is a free one: I have been told that Ikariam is a bit like the old SIMS games, in that you build a town from scratch and watch what happens.

Ikariam is set in a world of Greek islands. You get to name your town and build it up brick by brick. You have workers, citizens, soldiers and academics... and you can even train up a spy or two. The whole thing happens in "real" time, so if you see that a building will take 2 hours to complete, it will take two hours. You can only build one building at a time, and most buildings can only be built once you have "researched" relevant skills in your Academy. Population growth is limited by the size of the town hall, and the income of the town depends on the number of citizens (as opposed to workers, soldiers and academics.) Each island has a particular resource, and you need them all, so you have to arrange to buy them from other islands... or pillage another town on the offchance that the resource you need is lootable.

It's great fun... but be aware that it's not a fast-moving game. Decisions made can take several hours (or even days) to have an effect.

If you want to have a go for yourself, you just need to register HERE. Oh, and make a note of which "world" you are on when you register... it can cause frustration when logging on if you forget to check that box. I'm in World Beta if you want to join me...
Posted by Mulier Fortis on 13.5.08 12 comments:

HFE Bill Gets Through Second Reading...

John Smeaton, Director of SPUC, has pointed out that, although the Human Fertilisation & Embryology Bill has passed through to its committee stage, there are still debates going on.

He explains that it is vital that MPs vote against the pro-abortion amendments on Monday and (especially) Tuesday next week. Examples of amendments being proposed are the removal of the requirement for consent from two doctors and allowing nurses to administer drug-induced abortions.

John also reminds us of the need to pray for the failure of this Bill. I have a suggestion: ask your parish priest to offer Mass for the defeat of the HFE Bill, and give a stipend for the Mass.

(Remember that, in England & Wales, the priests don't get a salary, so stipends are an essential part of their income. Priests will say Masses for a particular intention if asked even without a stipend if someone cannot afford it, but if you can afford it then you have a duty to give that financial support.)
Posted by Mulier Fortis on 13.5.08 3 comments: 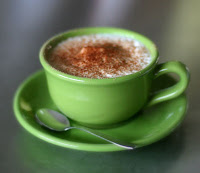 I'm feeling out-of-sorts. And grouchy with it.

I've always classified myself as a "night-owl" type. Left to my own devices, my body clock seems to set itself quite happily to the hours of darkness.

At least, this is what I tell myself. Psychology, see! Larks and night-owls and body clocks...

Unfortunately, my spiritual director has also studied Psychology... and has pointed out one or two home truths. Humans being able to train and adjust their body clocks being one of them. And the necessity of allowing enough time for sleep so as not to induce a state of sleep deprivation being another.

"Oh, but I can never get to sleep before midnight!" I countered, the last time we discussed this aspect of my life. "...Even if I'm in bed earlier, I just lie there..."

A few days later, my SD observed me ordering another after-dinner coffee. "You might want to consider your caffeine intake," he suggested, ever so gently.

My gut response (as always) was one of definitive denial. Two cups of coffee in the evening was nothing to be concerned about... I always drank coffee... that's hardly anything...

...and then he pointed out that I had also consumed two pints of Coca Cola, my usual beverage when I'm driving. And that made my caffeine intake rather high for an evening.

As is the usual way for me, I initially refused to acknowledge that there could be any foundation in fact for this idea. After all, I run on coffee all day at school. I even have my own coffee machine. And I don't have trouble sleeping... I just don't feel sleepy until midnight... and at weekends I don't normally drink coffee, unless I go out for a meal... though I do drink plenty of coke... and tea...

The more I thought about it, the more I began to acknowledge that there might be something in it. So I decided to put it to the test. My caffeine intake at school has been seriously reduced (I don't think I could ever survive without any coffee) and I have resolved not to drink any caffeinated drinks until I've sorted out my sleeping pattern.

I shall give it until Half Term. Until then, don't mess with me. Or my blog. 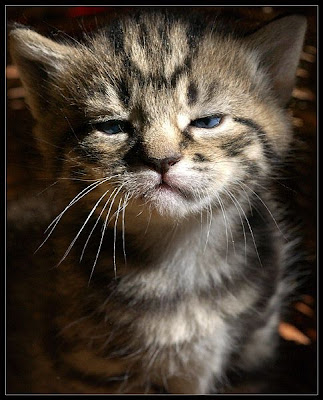 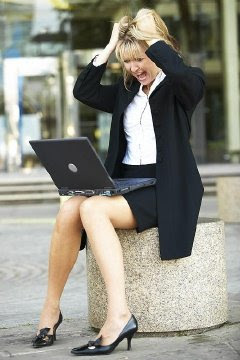 To any students out there who still have to complete coursework as part of their exam course (I know some subjects no longer have coursework) - a little friendly advice:

If your teacher "suggests" an alteration to your work might be a good idea, then don't just ignore it. It wasn't actually a suggestion, but exam regulations mean that we can't "tell" you what to do.
Posted by Mulier Fortis on 11.5.08 2 comments: