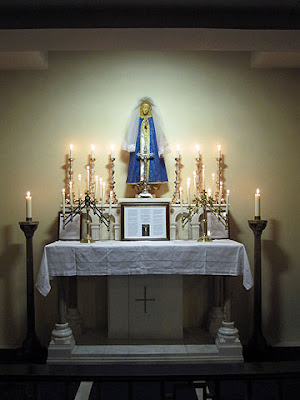 Today being a major feast day, I thought I'd celebrate by taking a few photos, as a way of marking it on my blog - I'm still on a go-slow as far as blogging inspiration goes...

The Feast of the Annunciation is one of my favourite feasts, as it happens. And there is something incredibly moving about Mass on this feast day - for today we celebrate the Word made flesh, God entering into his creation at a specific time in history, and, on the altar, the Word again consents to humble himself, and become flesh for us under the appearance of bread and wine... 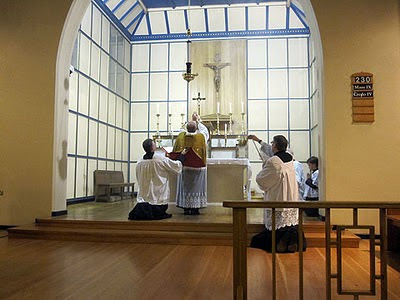 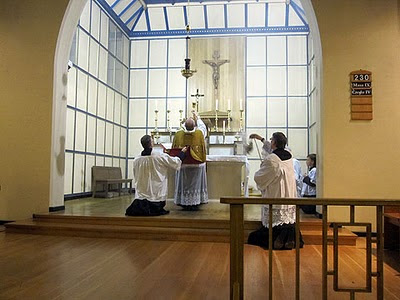 The genuflection of the priest and servers during the Credo also brought a lump to my throat... 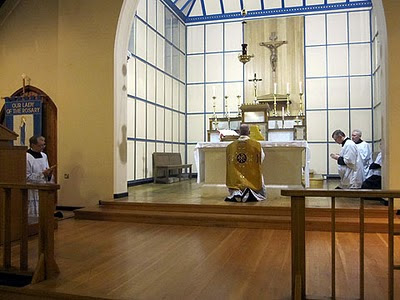 And before Mass we had our usual Lenten Friday devotion of Stations... 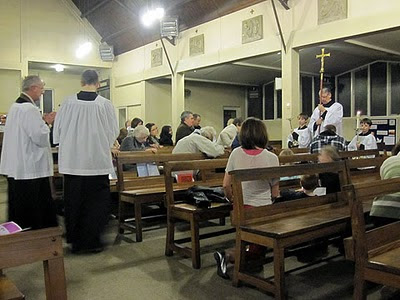 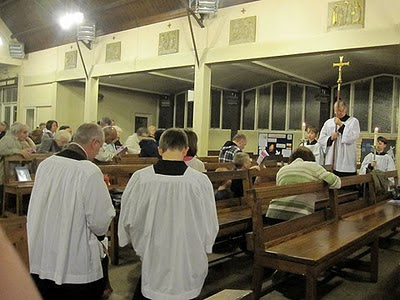 Sadly, I didn't quite get to follow Fr. Ray Blake's advice to "eat swan" but I was able to treat myself to a large coca cola after Mass. I had intended to have some chocolate too, but, by the time I remembered that I'd bought it specially, it was too late to eat it, so I shall have to hide it away until Easter...
Posted by Mulier Fortis on 25.3.11 2 comments: 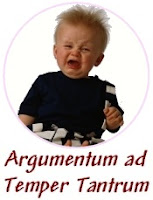 I do not, of course, mean that I hate Summer. I hate British Summer Time, also known as BST. Those initials are quite apposite, really... they just need the addition of a "D" on the end to make my feelings clear...

BST involves putting the clocks forward an hour. I have a vague idea that, back in the mists of time, this was necessary to give farmers an extra hour's daylight, or something of that ilk, but I never did quite get my head around why we need to continue with it. Cattle and other livestock don't use clocks, they respond to daylight, so putting the clocks forward merely means that your average farmer has to get up "earlier" to milk the cows, and stay up later. And people like me lose an hour's sleep, and have to struggle to get up in the morning because there isn't any daylight to help reset one's body clock... just when I was beginning to get the hang of mornings again...

It occurred to me that the clocks were due to be mucked around with some time soon. The lateness of Easter this year has messed up my internal calendar... I decided to Google it, and discovered that, oh frabjous day! we are due to commence BST this Sunday.

Victims Of Their Own Success... 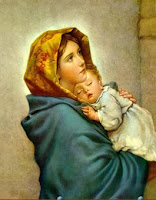 The Good Counsel Network has been so successful that it has seen a five-fold increase in the number of women seen. These women would, without Good Counsel's support, probably have felt that they needed to have an abortion, as they had no other way to support themselves through pregnancy and just after.

Unfortunately, the Good Counsel Network is in desperate need of funds to help support these women and their babies - it provides food, clothing and even homes for them, and it all costs money.

So, the season of Lent having an emphasis on almsgiving, please do consider giving money to the Good Counsel Network. You can donate via PayPal, through justgiving.com or even by cheque or standing order. All the details are available on the Good Counsel's website.

And if you want to give something more specific, such as vouchers for maternity clothes, baby buggies, moses baskets and so on, check out the baby goods information page - the Network has limited storage space, so it asks for specific items as needed, but there are a few things which are always required!

If you aren't able to contribute financially, then offer some prayers for the work done by the Good Counsel Network - a rosary or two, or some time before the Blessed Sacrament, or the Stations of the Cross...

Good Counsel really does help to save lives, so please give what you can.
Posted by Mulier Fortis on 24.3.11 No comments: 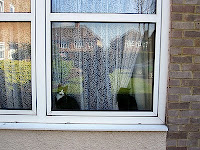 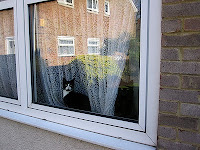 If the weather is fine again tomorrow, I'll try the whole thing again in the afternoon.
Posted by Mulier Fortis on 23.3.11 2 comments: 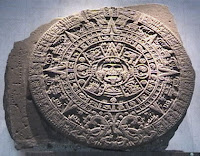 Several thousand years ago...
First Mayan: "Okay guys, I've finished the calendar!"
Second Mayan: "Great... but it only goes up to 21 December 2012!"
First Mayan "Ah, don't worry about it... we'll make a new one before then! I would have continued on this stone, but I ran out of room..."
Second Mayan: "Fair enough! Heheheh... imagine if people thought that the world was going to end because you couldnt find a bigger stone..."
First Mayan: "Heheheh... yeah, but you'd have to be pretty stupid to think that, wouldn't you?"
Posted by Mulier Fortis on 20.3.11 1 comment:

It has been a while since I posted one, so...

A blonde rings up her friend, absolutely distraught. "I'm having real problems with this jigsaw. I just can't seem to get it started."

"Start by looking for the edges," her friend advised.

"There aren't any edges!" the blonde wailed, "And it doesn't seem to bear any resemblance to the picture on the box!"

"Well," her friend replied, soothingly, "I'll come round and help."

The friend arrived. The blonde triumphantly showed her the box, and said "See, it's a rooster, and the pieces don't bear any resemblance to it!"

The friend took one look at the blonde and said, "Ok dear. Now, let's put all the cornflakes back in the box..."
Posted by Mulier Fortis on 20.3.11 No comments:

St. Joseph's feast day is one of those little bright spots during Lent...

I'm rather fond of the statue we have at Our Lady of the Rosary, Blackfen - the child Jesus entrusting his foster-father with the world, and St. Joseph shown as a relatively young man.
Posted by Mulier Fortis on 20.3.11 1 comment: