I have just treated myself to a new phone. More about that in another post. While gloating over my acquisition, I discovered that Annie Elizabeth is even more geeky than me - and she is considerably better informed. After an enjoyable discussion of technological advances (both of us remember the time when computers had green screens) I asked if she had seen the Medieval Helpdesk sketch. She said she hadn't, so I thought it deserved another airing...

I have been a very baaaaad girl.

Those kitties got seriously high... Miaowrini went into ecstasies, not realising that she had dropped her mouse, and stopped with one back leg up in the air, totally fascinated by her own toes...

Furretti rolled around on the bed so much that I thought she would fall off...

I'm afraid that I found this all very amusing. 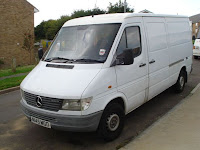 Poor Bones has had some very bad luck - his van has failed its MOT. The repairs it will need are likely to cost between £550 and £700.

It's not a huge amount, unless you are on a low wage, when it becomes an almost impossible amount to stump up. So Bones is running a Christmas Van Appeal, and I'm sure that a few blog readers have appreciated his songs enough to want to help out. He's a little wary of putting his home address out on the internet (sensible chap) and so is asking for donations to be sent c/o St Mary Magdalen Church, 55 Upper North Street, Brighton BN1 3FH.

Remember that he's not called "Bones" by the bank - make any cheques payable to Laurence England.
Posted by Mulier Fortis on 22.12.11 1 comment:

Campaign To Stop Smoking In Church... 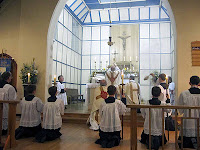 It seems that we shall have to ration our use of frankincense during Mass. Servers will have to be given instruction in how to get maximum smoke from minimum grains of the precious stuff.

According to a report in the Telegraph, the number of boswellia trees is expected to drop by half in the next 15 years or so, and the trees are expected to disappear by 2060. 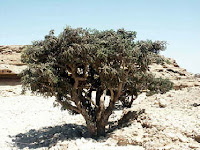 Just for once, global warming hasn't been identified as a cause - it's all due to cattle grazing, fire and insect attacks. Mind you, someone will no doubt point out that all of those causes can be traced back to global warming...

In the meantime, get ready to change the lyrics of that Christmas carol... 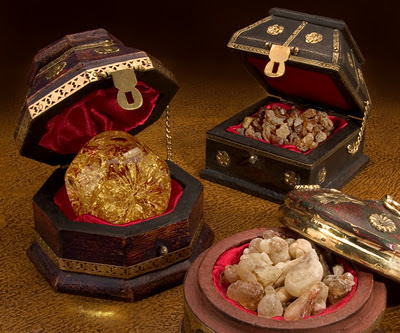 Twitch of the mantilla to Blondpidge...
Posted by Mulier Fortis on 21.12.11 No comments: 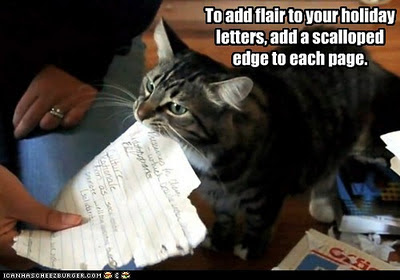 The Bishops Are Reassured... So Why Does That Ring Alarm Bells?

I see that the Bishops of England & Wales have welcomed Government assurances on protecting freedom of conscience with regard to civil unions.

The Government have promised not to put anyone into a difficult position... so that's alright then, because, after all, the Government is unchanging and eternal, just like its policies...

Why does it make me think about the Mental Capacity Act, and how welcoming the Bishops were about the assurances they were given then?
Posted by Mulier Fortis on 20.12.11 3 comments:

I seem to be on a bit of a "go-slow" this week... my body appears to have shut down early for Christmas, aided and abetted by some repair work on my car which is both necessary and taking longer than anticipated.

Sunday saw the Carol Service at Our Lady of the Rosary Church... in contrast to previous years, we didn't have a separate children's crib service, so it was a bit of an unknown quantity, but in actual fact it worked out pretty well.

I was sitting with the choir, which, on reflection, wasn't the best place from which to take photos, but I'll know better for next year. Thee are a few more photos on my Flickr page for the Carol Service.

After the Carol Service I went off to St. Bede's, Clapham Park, for Sung Vespers. This is a regular feature at St. Bede's, I understand. At one point it looked as if there would be more bodies on the Sanctuary than in the congregation, but more people arrived to redress the balance.

The service was a real treat, though the church was almost colder inside than outside, Fortunately I had had the foresight to wear a very thick coat. I often forget to bring a coat because I go nearly everywhere by car, and most places are well-heated.

Fr. Andrew Southwell officiated at Vespers, and the parish priest of St. Bede's, Fr. Christopher Basden, was present in choir (though I don't seem to have caught him on camera) along with an unidentified Monsignor who exposed and reposed the Blessed Sacrament (the purple cassock buttons gave him away.)

The photos aren't as good as I'd like - the back of the Sanctuary was so brightly lit that my little camera couldn't quite adjust, despite me playing around with various settings. Still, there are a few more photos over at the Flickr page for this set.