The Guild Gets Going... 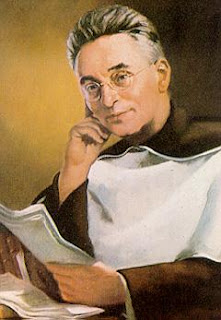 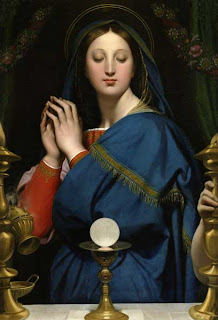 The Guild of Blessed Titus Brandsma has gotten itself a blog!

The aims of the Guild are clear - to raise the profile of the Catholic Faith, and to inform and inspire an educated laity and to evangelise the United Kingdom. Contributors to the Guild Blog will write on a range of subjects including theology, liturgy, canon law and apologetics, and members of the Guild are men and women loyal to the Magisterium of the Catholic Church and to Pope Benedict XVI and his liturgical reforms.

Oh, and we'll have the occasional Mass (in whatever Form happens to be convenient, just like the Holy Father wants) and the more-than-occasional blognic.
Posted by Mulier Fortis on 16.5.11

Already on the blogroll.

I can hear the Holy Father on the bridge of Peter's Barque, 'Steady as she rolls'!

On my blogroll too.

A wonderful welcome to The Guild of Blessed Titus Brandsma. The United Kingdom is in dire need of such support and guidance.