Any Plans For Tomorrow...?

In case you hadn't noticed, tomorrow is when we start the End of the World... otherwise known as the Rapture. The Rapture is, apparently, when the chosen few who have been saved are whisked off into the sky to meet Jesus, while those less fortunate are left behind to face earthquake, fire, brimstone, plague pestilence, war and other such unpleasant stuff. Probably giant cockroaches too. I really hate cockroaches.

Since the basic Catholic response to the question "Have you been saved?" is something along the lines of "Ummm, I sincerely hope to get to heaven after a hefty stint in Purgatory!" I guess that we RCs don't actually qualify for the Rapture: I was once told that those people who have been saved know that they've been saved... if they're in any sort of doubt, it means that they're not. When I asked how people know they've been saved, I was given pitying looks. Apparently you just know...

The Crescat has suggested that Sunday be declared International Day of Looting - well there will be all this stuff which the Raptured leave behind. They won't need it, right?

If you want a little more guidance on who gets taken and who gets left, check out this handy flow chart. 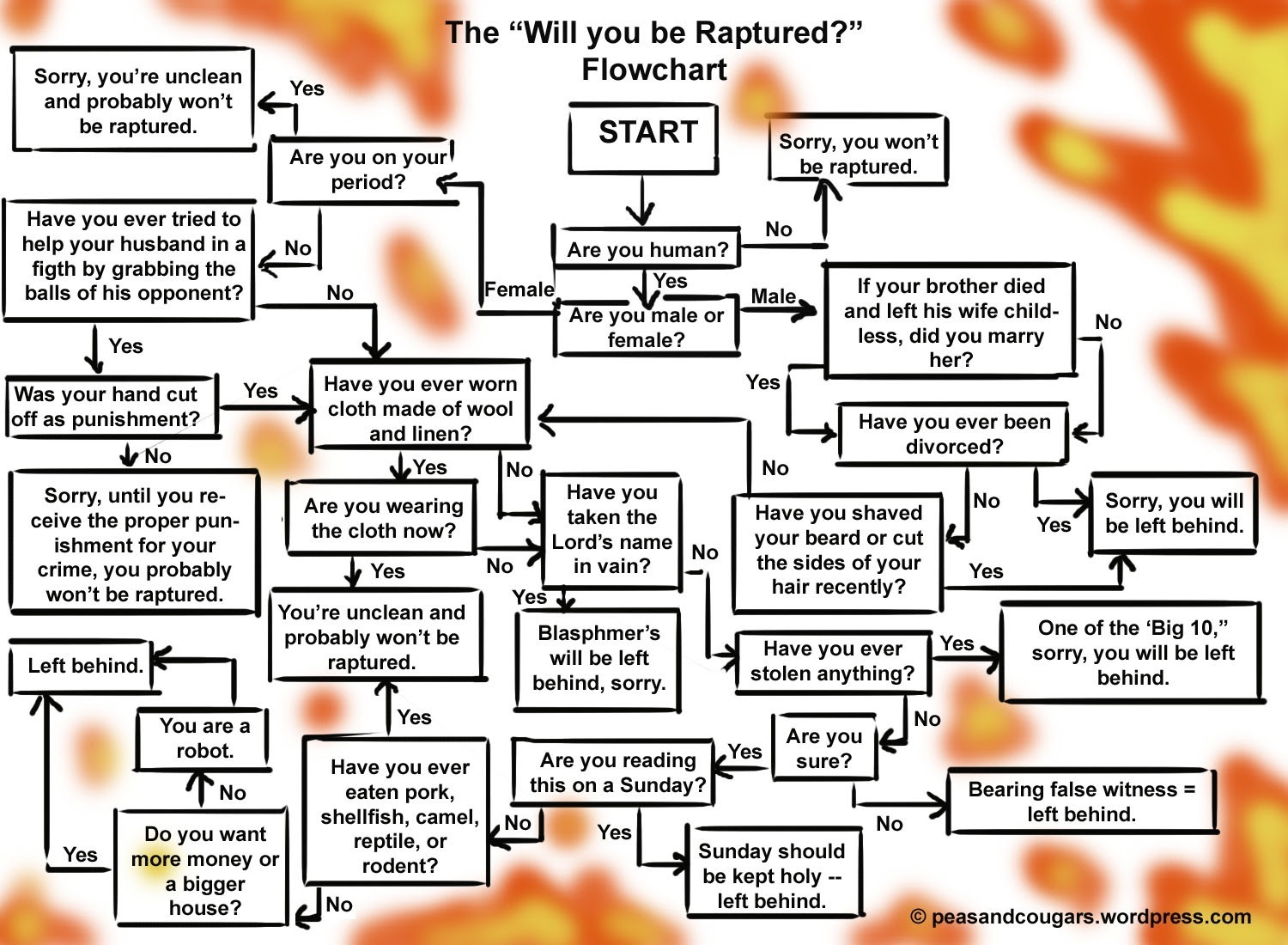 My friend Cazienza actually posted it in Facebook, but as she has a blog, I'll link to that instead by way of a mantilla-twitch...
Posted by Mulier Fortis on 20.5.11

I plan to ransack the local anglican Churches for decent vestments which I can then donate to Catholic churches in need of such vestments.

Ooooh, thanks Mac! I'm honoured that you even LOOK at my Fb page <3 *giggle*