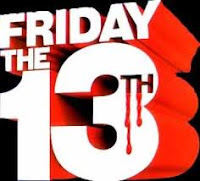 I woke up early, and was checking a few things when I noticed that Blogger was due to be down for maintenance during the day.

I'm afraid that I was rather uncharitably amused by this - Blogger is blocked at school, so I can't post anything, even during my lunchbreak, and had been aware that, in addition to missing the Vatican Blognic last week, I was also missing the release of Universae Ecclesiae, which seemed a little like adding insult to injury...

...AND my iPhone isn't working. I'm stuck with my old Xda Orbit II - which isn't quite as easy to read things on...

Sure enough, my Google Reader was almost empty... most of the Catholic bloggers I read seem to use Blogger. The inimitable Fr. Z was posting in solitary splendour... Fr. John Boyle was so keen to get his stuff up that he started a new (non-Blogger) blog, and then, in the evening, the blogposts started arriving thick and fast...

Anyway, from what I gather, Universae Ecclesiae is a jolly good thing. Ok, maybe there could have been more stuff about teaching the Extraordinary Form in seminaries, and what-have-you, but, for the ordinary pew-fodder-type person, like me, who has come to love Mass in the usus antiquior, I'd say that it has covered pretty much everything I'd want. The nitty-gritty liturgical niceties can be fought out by people who know more about it. Damian Thompson seems to agree...

And then, to add a little icing to the cake, I read that the Bishops of England & Wales have re-instated the Friday abstinence rule, to start in September (the anniversary of the Holy Father's visit.) This is a particularly powerful sign to all those around us - and in secular England, this is more and more important. We also need to remind ourselves that we do penance on Fridays.

The cherry on top of the icing is that the Bishops are having a re-think about some of those Holy Days of Obligation... putting Ascension back on the Thursday, for example.

I'm beginning to wonder if that change of heart ranks alongside the miracle of the sun at Fatima...
Posted by Mulier Fortis on 13.5.11

Reinstating Friday abstinence is AWESOME. I hope our bishops in the U.S. follow suit. (We lay Dominicans already abstain from meat every Friday of the year. We can attest that if this discipline is restored in the U.S., it won't kill us.)

And I too want to see the restoration of Ascension Thursday and all Holy Days of Obligation, even when it means we have to attend Mass TWO DAYS IN A ROW. That won't kill us, either.

In once-Catholic Cincinnati, Ohio, U.S.A., there are still many restaurants advertising fish on Friday, even outside of Lent. And the traditional Cincinnati Chili (a Greek hybrid sweet chili with cinnamon and chocolate in the recipe) now has a meatless version! It used to be essential for restaurants here to offer meatless Friday fare if they wanted to survive, and that was also echoed by school cafeteria meals on Friday.
I hope the USCCB takes notice of what is happening in England and Wales and follows suit!