Maybe That Explains A Lot... 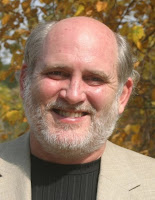 Apparently, that composer of ditties so beloved of "trained liturgists" has been responding to criticisms of the musical arrangements for the U.S. Papal visit.

Ahhhh. Now we know why his songs (I can't quite bring myself to call them "hymns"... or even "hers" !) are so devoid of Catholic doctrine.

It doesn't explain why the tunes are so dire.

Nor does it explain why, given that everyone knows the Pope is an aficionado of Mozart and his ilk, the organisers would want to have the "Mass of Creation" as a setting...

BTW... In case anyone thinks I have a real bee-in-my-bonnet about bad hymns (I have) and that since they're only harmless songs, it hardly matters (it does), it might be worth noting that Arius used to spread his heresies deliberately by way of popular hymns. So did Luther.
Posted by Mulier Fortis on 2.4.08

That explains a lot.

Nooo, he hasn't even been Lutheran for quite some time.
;)

And before anyone has the gumption to whine, "But Bach weren't Catholic either", let me just explain why that's okay.

Because when Bach wrote Masses, here's what he knew he had to write. In Latin, of course.

Glory to God in the highest, and on earth peace to men of good will...

Bach didn't have the opportunity to infuse heretical theology into his works. Haugen does.

I don't care what you believe, but if you're going to write for a Catholic Mass, you need to follow the rules. "Jesus bread of liiiffe, you take away the sins of the wooorrrld" is N-O-T the Agnus Dei. Not now, not ever.

Now, let's talk about how Haugen and others like him have *no* musical skill.
No, let's not.

We have a treasury of unbelievably beautiful Catholic music, yet the most used crap at any given Mass is tuneless garbage by non-Catholics.
Go fig.

According to his website he wrote Mass of Creation for the Lutheran Church.

oh my word, he isn't even Catholic?! Are there no practicing Catholics in America who could take his job?!

The thing is the Church doesn't even need people to do his job we have already have 2000 years worth of beautiful Catholic music.

If you haven't already seen this, then you might be interested in the Society for a Moratorium on the Music of
Marty Haugen and David Haas.

Poor Marty. I suppose it isn't his fault his music is favoured by the 'ageing trendies'. It reminds me of a delicious maxim that liturgists were provided by God so that an alternative method of suffering for the Faith could be available for Catholics.