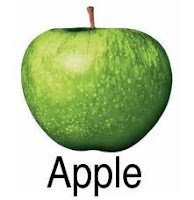 Just a year ago, the Manhattan Declaration, a call from Orthodox, Catholic and Evangelical Christians to defend three basic truths, was drawn up. I posted on it, and encouraged people to sign in support.

The three basic truths were, well, pretty basic...
1. the sanctity of human life
2. the dignity of marriage as the conjugal union of husband and wife
3. the rights of conscience and religious liberty.

Someone went so far as to create a Manhattan Declaration app for the iPhone.

It seems that this upset a few people. Michael Rogers created a petition declaring that the application was offensive, being an "anti-LGBT, anti-women application" and asking for it to be removed from the iTunes Store. It managed to gather 7,727 signatures.

Apple is a commercial company. It might want to note that anyone who signs an application which defends the sanctity of human life and marriage between a man and a woman is rather likely to be helping in the production of future customers... I mean, just think of all those families with children who need iPods, iPads, Apple Macs...

Anyway, there is now a petition out to restore the Manhattan Declaration application to the iTunes Store. It currently has 28,992 signatures... which also might help to focus Apple's policymakers.

You can find (and sign) the petition, and you can email Steve Jobs to let him know what you think.

Twitch of the mantilla to the Curt Jester.
Posted by Mulier Fortis on 3.12.10

I like that: pro-life = anti-woman. Let's see: when it comes to abortion on demand, cui really bono?

1. Abortionists, who, in plying their trade, no longer risk prison.

2. Cads who enjoy the activity that results in pregnancy, but don't want to have to support the result.

3. Seekers of pleasure without consequences, at all costs.

So: I guess to the extent that women are to be found in Category Nos. 1 and 3, then being pro-life is being anti-woman. Yeah! That's it!

Well done for advertising this. I’m sorry not to see it more widely mentioned on UK-based blogs. It is vital that we react very strongly to threats like this. Appeasement gets us nowhere. Remember Austria and Czechoslovakia. 28,000 is good but we need lots, lots more. If Apple get away with his what next? So come on everybody. Get signing if you haven’t already signed. And let other people know about this. Spread it around as much as possible. The aim should be at least one million signatures. Blow Steve Jobs out of the ground.