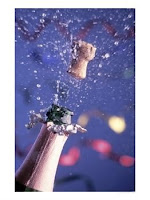 I have just had it confirmed: I am to be an auntie for the second time!

My sister says she's due about October 10th. However, she had quite a few problems with the last pregnancy (and especially the labour) and she's bleeding again this time, so any prayers you can spare would be gratefully received!
Posted by Mulier Fortis on 27.3.08

Whoah! This is fantastic news! I often wish I had brothers and sisters; instead, I make do with my cousins.

Many prayers for expectant mum!!

St. Gerard, pray for her!

Congrats on your Crescat nomination as well as the CBA one!

Great News!
Will pray to St.Martin de Porres who helped my aunt with a very medically worrying pregnancy.

Prayers for your sister and the baby.