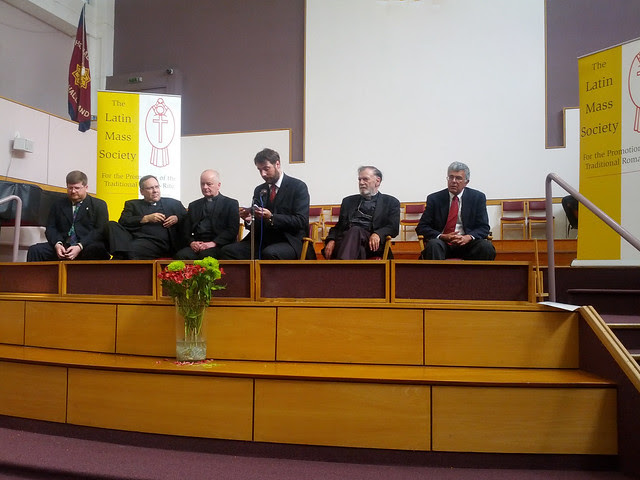 I thought I'd put up a post about the LMS Conference before returning to tales from my Rome trip. The Conference was scheduled for the day after I returned, so I was a little shell-shocked, as well as having had to cope with Monsignor Miaowrini's fit of the sulks!

I arrived part-way through the talk by Stuart McCullough from the Good Counsel Network. Fortunately Joseph Shaw, the LMS Chairman, has links for the MP3 file of his talk, and the one by Dr. John Rao which preceded it. There are also links to the talks for Fr. Tim Finigan and Fr. John Zuhlsdorf, though sadly something prevented Rev. John Hunwicke's talk from being recorded. The talks were really excellent, and I am looking forward to the next LMS Conference, as this first effort was such a resounding success!

Almost more important than the talks, the breaks allowed time for people to catch up with old friends and make some new ones. I was delighted to get a chance to meet Marygold Turner - she has been a stalwart member of the LMS, and has been responsible for keeping the Traditional Latin Mass going in the Kent/Southwark region through the bad old days where the Mass could only be held on the third Sunday of any month without an "r" in it... 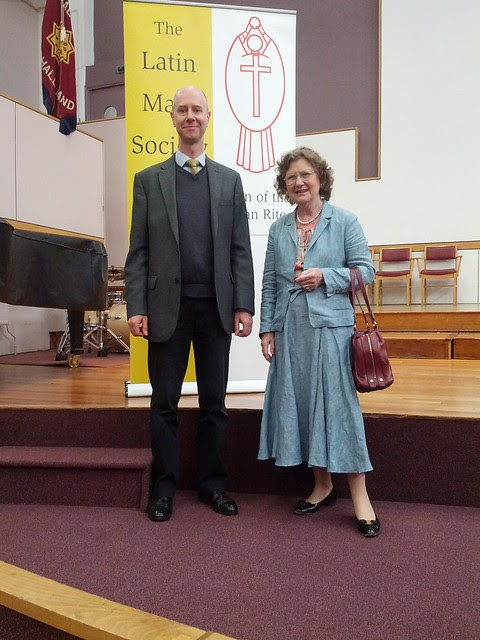 Yes, I'm exaggerating just a bit, but her dedication and hard work has ensured a steady supply of priests for the TLM before Summorum Pontificum, some of whom travel quite some distance!

I introduced myself to the Rev. (soon-to-be-Father) John Hunwicke, and was astonished when he quoted from my profile: "Ahh... so, you're the young Catholic woman, aren't you? See! I read your blog!!"  Yes, I'm name-dropping!!

The inimitable Fr. Z was on great form - though he claimed to be pretty much out of it due to the medication he was taking for a really bad cold...

I also got to meet up with many other bloggers, including - and here I'm bound to offend someone by missing them out - that Reluctant Sinner, Dylan Parry, Annie from Arundel & Brighton, Annie Elizabeth (who came shopping with me afterwards so I could make the purple pompom for the mini-biretta and get some cardinal-red feathers for the Vatileaks photo-shoot), and Supertradmum from Etheldreda's Place... (UPDATE: I knew I'd forget someone important! The lovely and very sensible Ches introduced himself before having to dash off somewhere, but that is no excuse for omitting to mention him!!)

Last, but definitely not least, I was able to renew my acquaintance with Brother Nicodemus of the Transalpine Redemptorists at Home, and to meet Fr. Michael Mary (the Superior), Brother Martin and Tom. The sheer joy and enthusiasm which radiated from them was incredibly uplifting. Annie Elizabeth and I persuaded them to come along to the pub for a chat afterwards, and the sight of four monks striding into a west-end bar caused quite a stir... 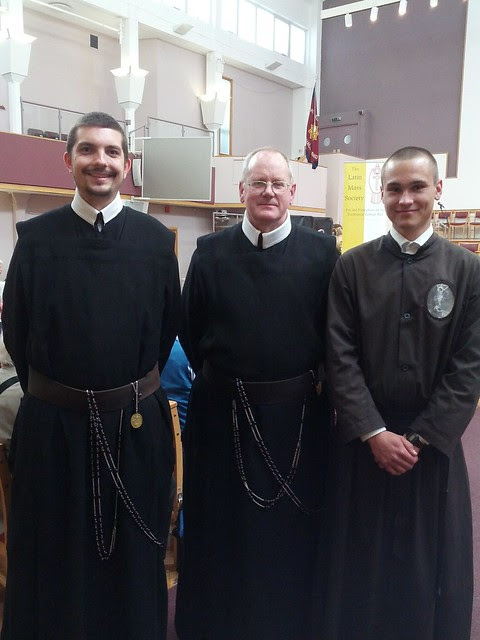 (If you're wondering why there are only three of them, it's because Brother Nicodemus was on the bookstall... and anyway he seemed a little camera-shy!!)

You can see the rest of the photos on my Flickr page.
Posted by Mulier Fortis on 22.6.12

I was there too [sniff]. And introduced myself [sniff] ;-)

An unforgivable omission... and after you gave me a link on your excellent post too!! I hope you'll forgive me for it anyway!

I have updated the post, and rectified my error...

Didn't Michael Lord own Southwell Books? I was very sorry to see it close down on the internet. I met Mr. Lord when I visited Oxford (he had reviewed my book on the The English Reformation very kindly)!