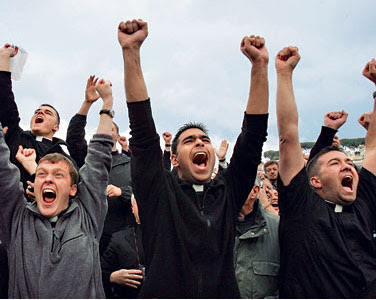 I often wonder about Cardinal Murphy-O'Connor - revealing what happened at the Conclave voting wide carries a penalty of excommunication which is, I believe, automatic!

Oh, well, CMOC will be out of it this year, won't he?
His blabbermouthing only heightened my conviction that the right man had been voted in.
What a great and radical pope Benedict has turned out to be.