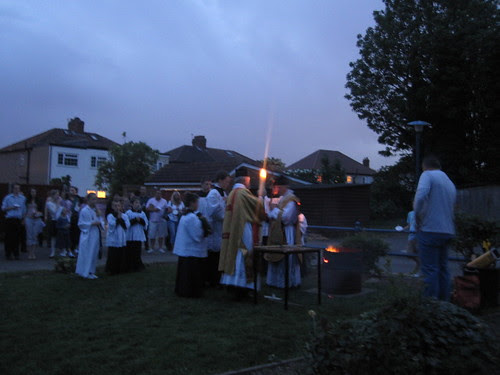 The Easter Vigil at Our Lady of the Rosary, Blackfen, is beautiful. Because Easter is so late this year, although the sun had officially set fifteen minutes before the start of the Vigil, there was still quite a bit of twilight. I had a major panic as I started to take photos - the display screen appeared to have switched off, and I thought I'd broken my beloved camera. Fortunately, through much pressing of random buttons, I managed to get things going again. 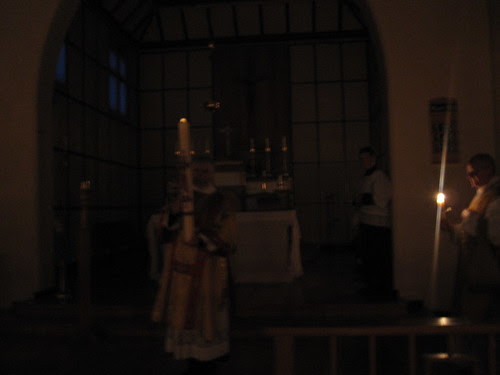 Things weren't just going wrong for me... the Paschal Candle had a very thin wick this year, and it wouldn't stay alight... the MC had to take it into the sacristy for a rapid wax trim. That seemed to do the trick. I wasn't surprised - when last year's Paschal Candle arrived in various pieces through careless postage and packaging, Gregory did a makeover on the previous year's candle, which saved the day.

Fr. Tim chanted the Exsultet, which I managed to catch on video - though I missed the first minute or so because I got distracted by the shenanigans with the Paschal Candle. I shall put up the video as soon as I've uploaded it to YouTube.

The servers had fun once again with the bell-ringing. I gather that one of the servers actually brought a couple of bells from home in order to be sure of getting one to ring!

Once the lights went on, the statues were unveiled and the flowers brought out, the church looked beautiful. The choir sang for all they were worth, and it was magnificent. 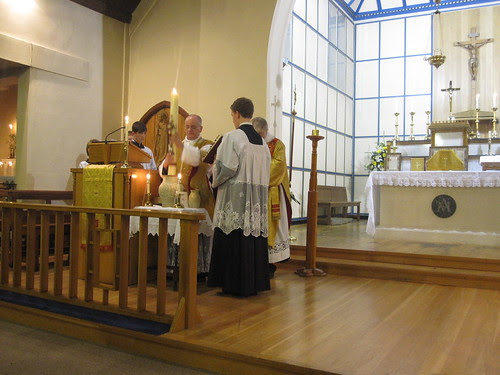 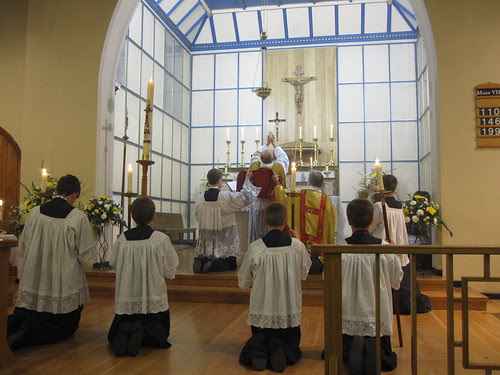 Once again, you can see a selection of photos on my Flickr pages.
Posted by Mulier Fortis on 23.4.11