Keeping Up With The Joneses... 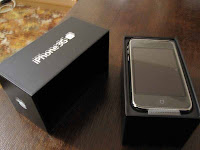 My mobile phone contract generally comes up for renewal a month or two before that of His Hermeneuticalness. I proudly demonstrate my latest phone, he has a look, makes admiring noises, and then promptly goes one better, as newer models have generally come out by then.
This time, I thought I had everything trumped: I had the latest iPhone, with the newest OS, and the largest memory... and all for free. Ok, not actually free, but I hadn't paid any actual cash over and above my usual contract. As far as I'm concerned, that counts as free.
It looked as if I was going to win this one hands down. Fr. Tim looked at the iPhone and decided that he simply had to have one for his next upgrade. And, as far as I could work out, there wasn't anything better on the market, so I really had out-gadgetted Father Gadget (as some of the youngsters in the Parish had taken to calling him.)

Unfortunately, it appears that I may have gloated a little too soon. An engineer from Apple seems to have dropped a prototype in a bar. I find that highly suspicious, as does at least one other source, but it seems that the iPhone 4G is due out in June. Speculation that this was a hoax has been pretty much squashed by the news that, when Apple found out that a technology website, Gizmodo, had paid for the prototype, they wrote and asked for it back.
The thing that has me chewing the table in frustration is that the new iPhone has two cameras (front for chat and back) and that it has a bigger camera lens than the previous iPhone, as well as a flash. I pointed out that the camera was the main thing to let the iPhone down. Alas, I am not due for an upgrade for about 22 months... 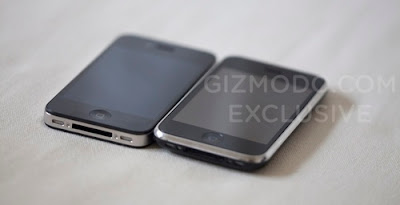 Ah!
My (much tried) patience may well be rewarded. I held off upgrading to your model since the upgrade was possible in January. I reckon it'll cost dearly.

Mac, mac, mac.....you and the sainted Fr. Shipley never learn. Never get version X.0 of ANYTHING. Let them work the bugs out first. [I still laugh at how google chrome would instantly crash and burn on the simplest things... "DUDE, DOn't you guys use your own software?!"]

There's always 'another one along in a moment' : the days when you could get ahead of the Joneses are long past - it's always a game of leapfrog nowadays !

The thing to do is to create a really exciting App that he just has to have, and make sure that the code is not upwardly compatible . . . then he's thwarted.