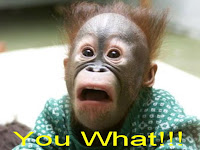 I am just so taken aback by the news, highlighted by John Smeaton and Damian Thompson, that the soon to be renamed "So-Called-Catholic" Education Service has appointed a Deputy Director with an anti-life, anti-Catholic voting record to make Tony Blair look like a candidate for sainthood.
Oona Stannard apparently welcomed the appointment, according to the Press Release. I'm sure she did... it'll take the heat off her after the shameful debacle over the Children, Schools and Families Bill...
The CES colluded with the Government in drawing up the Bill, and claimed that Catholic schools could continue to teach according to the tenets of the Church, despite statements from the Government stating the exact opposite. The only reason that the final version of the Bill omitted contentious clauses was because of the fuss made by ordinary Catholics - in the blogosphere and by letter - which made the Conservatives realise that there might be votes in opposing them, and the lack of parliamentary time available before the election meant that the clauses were quietly dropped because there wasn't time to get them through if there was any opposition. 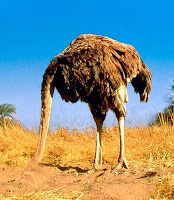 Greg Pope's statement that "The CESEW is widely respected for the work that it is doing under Oona Stannard’s leadership and I am very proud to be joining this successful team" reveals that he is just as successful in demonstrating ostrich-like tendencies as the CES (how can anyone say that the CESEW is widely respected and keep a straight face?) which, come to think of it, is most likely the reason why he was appointed in the first place.
This is a truly appalling gaffe, and only serves to confirm that the Bishops of England & Wales need to get rid of the CESEW as soon as humanly possible.
Posted by Mulier Fortis on 22.4.10

"This is a truly appalling gaffe, and only serves to confirm that the Bishops of England & Wales need to get rid of the CESEW as soon as humanly possible."

Are you sure that the CESEW is the only or the right thing to be got rid of? :-)

I notice that the vacuous Oona says of the appointment that 'this will help us to continue to both promote and protect Catholic education and its precious contribution to the flourishing of society'.

If she truly believes that CES has done anything significant to 'promote and protect' Catholic education in the recent past then she's clearly deranged; and if she doesn't, then she's a lliar.

In either case, she's not fit for her job; but it's probably too much to hope that she'll have the decency to recognize it.

We shall have to continue to pray.

I am shocked & disappointed that, if the reports be true, Bishop Malcolm McMahon OP as chairman of CES & a personal friend, should have agreed to the appointment of a former MP with such a woeful record of voting on Life issues. Bishop Malcom is Ecclesiastical Adviser of the Knights of St Columba which Order is & always has been strongly pro-Life. John Smeaton of SPUC is a member. I have written to Bishop Malcolm asking for his comments
David O'Neill

Oh dear!
I am so sorry to hear this report.
Don't give up your fight for life in the UK. We are praying and supporting you here "across the pond"...we have our own troubles, but as Catholics, we are one...we love you and support you.
English Martyrs, pray for us all!