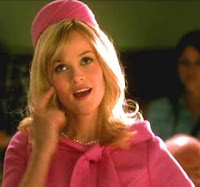 I am ashamed to admit that I really maxed out on the blonde scale. Think of all the dumb blonde jokes you've ever heard, and then some, and you won't even be close to how blonde I was yesterday.
Most of my blonde moments have been car-related: I love driving, but am not, in any way, shape or form, what you might describe as mechanically minded. A flavour of some of my more impressively blonde moments:
For example, my very first car, an Austin Metro, refused to start on the first morning I tried to drive it on my own. I called out the AA, and they sent a man round. He looked at the car, looked at me, and, with manifold pity in his expression, uttered the words, "I guess you've not seen a manual choke before, then?"
A week later, in the same car, I ground to a halt at some traffic lights. Again, the AA came to the rescue. This time, the man in question was grinning: "You're meant to push the choke back in... you've flooded the engine..."
And, until yesterday, I think my most spectacularly blonde moment occurred after a brief foray into my local supermarket. On returning to the car (a relatively new Nissan Micra), I found it wouldn't start. I had arrived at the car park without mishap, but now not a peep could be heard from the engine. I phoned the RAC. Just as the man parked the breakdown vehicle next to mine, I happened to glance down at the gear stick. Yes, I had left my automatic transmission car in "drive." I moved it into "park" and turned the key... and the engine started immediately.
I have had all sorts of similar experiences. Yesterday, though, trumped the lot.
I've had my car for three and a half years, or thereabouts. It's a little Hyundai Atoz. I am very fond of this model of car, having "crash-tested" it, and survived to tell the tale. Lately, I have noticed a tendency for the car engine to get a little warm: nowhere near red on the indicator, just warmer than usual. Having learned (through bitter experience) about cars needing engine oil and water as well as petrol, I have been checking the levels of oil and water regularly.
Yesterday morning, on my way to Mass, the car engine heated up quite a bit more than usual. I opened the windows, put the heater on full, and watched the temperature fall again. After Mass, I checked the oil: absolutely fine. The water was, however, on the low side, so I topped it up. I then drove to the station to collect a friend... and was surprised to see the temperature again edging upwards rapidly.
So, I drove to a local garage, and explained that the car engine was getting rather warm. The mechanic listened, and then started talking about blown gaskets and broken fans. I stood there, looking blonde. He said he'd have a look, but that it didn't sound promising...
He checked the oil, which was fine. He then said that the water was extremely low, but, as I'd told him I had only just topped it up, he thought that there might be a major problem. He went in to get a large watering can. Next, he started unscrewing something...
"What's that?" I asked him. He looked at me with a puzzled expression. "It's the radiator cap," he said, and started pouring water in... rather a lot of it... "I thought you said you'd topped up the water...?" he added.
I pointed at the white plastic box with a plastic cap, which had a tube coming out of it. "Ummmm... I've been putting it in there," I told him.
Oh dear.
Apparently I have been carefully adding water to the overflow compartment for the past three years...
Posted by Mulier Fortis on 29.8.09

You know, I sympathize. I did manage to change my very own air filter the other day, but I am clueless on how to change (apparently not too hard) and adjust (above my pay scale!) them.

I'm ticked (somewhat) I missed the era of "cross training." We got all the cooking and sewing (useful, I admit) and the guys got all the autoshop. In my day anyway. Too bad they didn't ahve a little cross training -- it would have done both sexes some good!

I don't feel TOO bad though. One of my best male friends had "dryer issues" after his wife died.

About a month after she'd died (he's in his 60s) he complained that his dryer simply wasn't drying any more. I looked at this dear man, and said "did you check the lint filter?" And he said "lint filter?" His wife had always tended to that bit. Kind of like the duke who allegedly complained that his "tooth brush wasn't foaming properly." He'd traveled somewhere without his valet, and complained to one of his host's staff. It had to be gently explained to him that it wouldn't foam unless paste was applied to the brush. I know. Probably apochrophile (gee that looks like I didn't spell it right) but it's a good story.

This is why men love blondes. You're so good for our egos.

PS. Gem, I love "apochrophile". Your neologism is very nearly, but not quite, very very rude indeed.

Londiniensis - I didn't understand any of that comment... RTM??? RTH???

And what was with the neologism??

I think "RTM" is internet slang for "Read the Manual"; possibly RTH is "read the hand book"??

My RTM comment draws on a comment by Gem on a post titled Computer Tech Support of 24th August, where she explained the derived term RTFM.

Back in 1979, I was engaged in providing internal support for one of my company's software packages (a COBOL pre-compiler, if you really want to know) and certainly RTM and, this being a City environment, RTFM were already common currency. It is a hoary old support programmer's term!

And yes, RTH by extension is meant to be READ THE HANDBOOK.

I will venture my remarks on the neologism to Mac privately.

I'm equally daft when it comes to cars, but it didn't stop me laughing out loud in the middle of the office!