Here are some of my photos taken at the Parish Church in Lourdes. 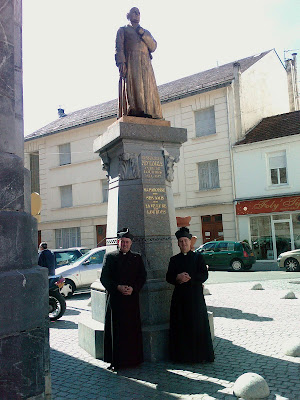 Fr. Charles and Fr. Tim didn't require much encouragement to pose for a shot beside Monsignor Peyramale's statue. I was actually blocking traffic at this point, but the motorist concerned absolutely insisted that I take the shot before he drove forward and parked just by the bollards. The driver behind him, however, was less amused...

I had a very stark opinion of Monsignor Peyramale from what I'd read and seen a few years back, and was therefore surprised to find so many places in Lourdes named in his honour. It was only after watching the excellent films by Jean-Luc Delannoy that I really appreciated how Monsignor Peyramale had been sceptical only at first, and, once having been convinced that the Apparitions were genuine, he then defended Bernadette fiercely against her detractors. That, together with the reports of his kindness to his parishioners, explains why he is remembered at Lourdes. 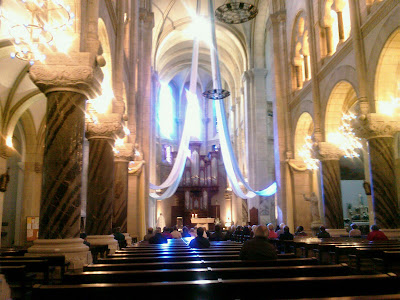 I could only get this one picture inside the parish church, as Mass was already underway when I arrived.
The Crypt chapel was austere, but had a beauty about it too... the stained glass was gorgeous (just at street level outside... we could see people's legs as they walked past) and the acoustics (which I mentioned before) were amazing. I was busy singing the propers of the Mass, so didn't manage to get my usual number of photos, but I did get the important bits... 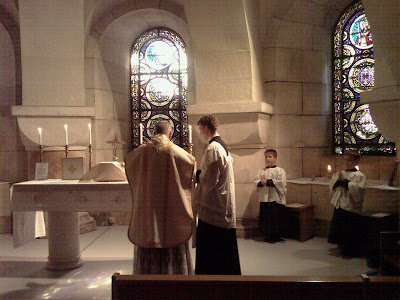 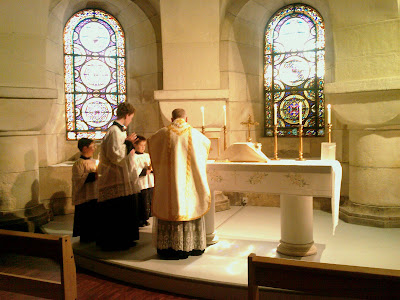 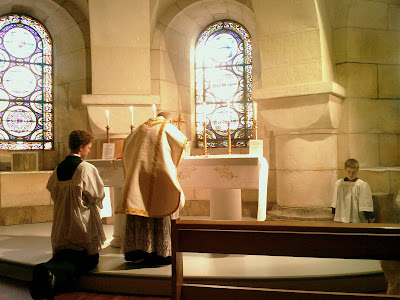 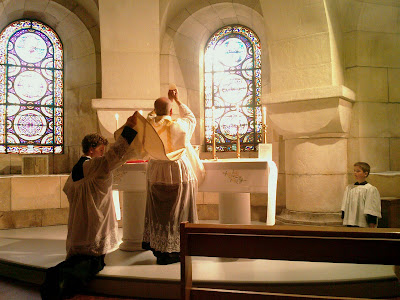 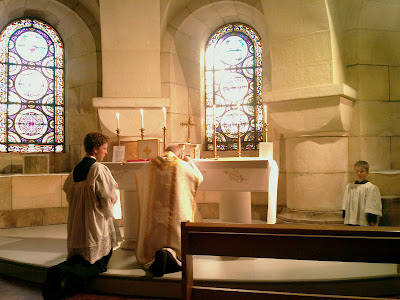 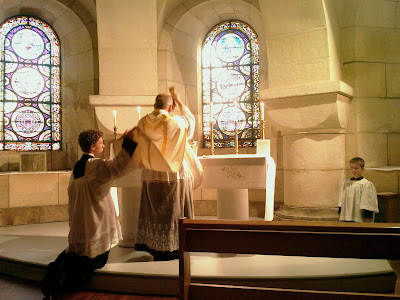 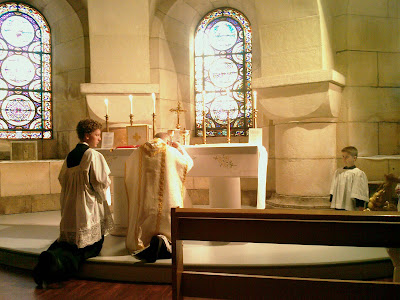 And young whatshisname's growing - what do you keep him in, a grow-bag?

The Parish Church is so beautiful as is the crypt. It all just melts the heart. Wish I was there!

Very good and reverent altar servers you have there Fr Tim.

The photo of the elevation of the host is beautiful with the light shining through the stained glass. Some great photos there Mac.