I didn't win anything in the Cannonball Awards, so I was determined to sulk and not pay any attention to other "awards" for blogging. That lasted until I spotted that the Catholic New Media Awards have taken over from the Bloggers' Choice Awards. Somehow or other, I have been nominated... woohoo!
You only get one vote, and that's your lot, so I have about as much chance as a snowball in hell of hitting the top spot in any category, but I can bask in the fact that I've been nominated. Admittedly, it looks as if the world and its cousin has been nominated, but I shall draw a discreet veil over that little point...
Unfortunately, one needs to register before one can vote. Make the effort... you know you want to!
I have been nominated for four categories... People's Choice Blog; Best Blog by a Woman; Funniest Blog; and Most Entertaining Blog.
I have decided that I despise blatant begging or recounting of sob-stories in order to drum up support. I have only this appeal to your better nature... 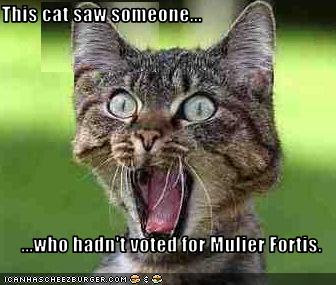 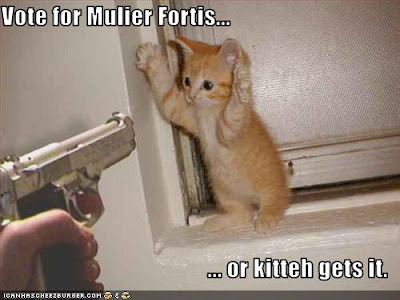 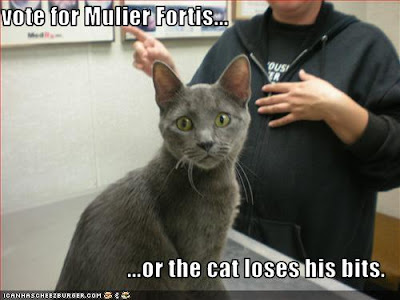 I can't help but feel that these awards were missing a "Best Catholic Fashion Site" category :P

Overlooking that, you'll get my vote!