British Preoccupation with the Weather 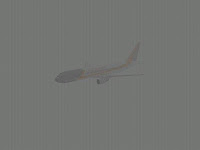 When I was at school (yes, ok, a very long time ago), I remember learning that Britain had a temperate climate. This meant that we got all sorts of weather. In Summer, it tended to be warm and sunny. Spring and Autumn were a bit more variable - lots of rain - and Winter was cold (and generally wet.)

Now maybe I'm guilty of remembering selectively... but, although the weather was famous for being a British topic of conversation, that was as far as it went. I do remember a hot Summer when we had a hosepipe ban (1976... oooh, that's let the cat out of the bag!) but apart from that, the British took the weather in their stride...

This is no longer the case. Any extremes in weather seem to be hailed as major catastrophes... this might be understandable, as being in a temperate climate doesn't prepare you for extremes, but I detect a cetain wimpish streak emerging.

One time the railways ground to a halt with the excuse that there were leaves on the line. Yes, in Autumn trees shed their leaves. Surely the fact that they have to land somewhere was pretty obvious, and that, as most railway lines have trees alongside, some of those leaves might possibly end up on the lines??

And then there was the time when the trains couldn't run because of snow. New trains. Designed to run in all weather. But apparently it was (wait for it...) the wrong kind of snow.

Last year the roads were in chaos because of snow. The weathermen had forecast snow, but it still was enough of a surprise to make motorways into giant carparks, and people were in danger of freezing to death.

Then, this Summer, it was too hot. We had to have drought warnings and hosepipe bans. We seem to have hosepipe bans every Summer, no matter how much rain we get in the Winter, because too much rain falls all at once...

...and now, the pièce de resistance: all short-haul and medium haul flights are being cancelled at Heathrow because of fog. But I thought we always got fog in Winter. We don't always get snow, but fog is pretty much part of the territory!!!

And just one other thing to consider... How come the long-haul flights can cope with fog?
Posted by Mulier Fortis on 22.12.06

I remember flyoing back from France once with easyjet...we were told that due to fog at Heathrow we would be delayed... in the meantime several other flights took off for London. Eventually the Easyjet passengers got irate enougth to demand an answer as to why our flight was delayed when others weren't. We were informed that it was because there are different standards of training for airline pilots, some are trained to fly in the fog... others (the second class pilots) aren't. Easyjet apparently only had second class pilots... cheaper of course...

I haven't flown with them since!

Have you notice this year we have not had the excuse "leaves on the line" but "operating difficulties" instead.

David, that's interesting... and ever so slightly disconcerting...!

However, this time it's British Airways that has cancelled its flights...

David's sort of correct.
It's not that the pilots are less trained.
The standard is the standard.
It's the AIRCRAFT that are of a different category (and size, generally) that make them unable to land with worse weather.
For instance, a B747 might be able to land or take off in 1/8 sm visibility, but an Embraer might need 1/4 sm vis.
Also, if the weather at the arrival city is forecast to be below minimums, you would need to add enough fuel for an 'alternate landing' airport, which, for LaGuardia might be Newark, or for Chicago is often Milwaukee or St. Louis.
If the weather in the entire Eastern seaboard is below mins, and NO alternate is available (rare), the flight cannot take off. The same applies with a 'takeoff alternate'.
Clear as mud?
;)

To make myself clear, it's not that David was lied to or anything - it's just that gate agents sometimes don't understand (nor should they have to) the inner workings of a flight.
Someone may have told them, "We don't have the minimums to take off", which they took as 'minimum qualifications.'
Also, ultimately the flight dispatcher is responsible for cancelling a flight, so if the EasyJet dispatcher had reason to fear for the flight's safe operation, she could have cancelled it. The BA dispatchers may be more likely to fly in terrible weather, etc.
I would reroute planes around bad weather, but if there was any doubt in my mind that it couldn't be done safely, I'd axe the flight. I couldn't live with myself if bad weather, which I was aware of, brought a plane down.

In fog, planes can take off and land, in principle; it's just a question of how thick the fog is, and how much visibility in metres is available to pilots.

But safety comes first, so this time, the air traffic controllers have decided to leave a bigger gap between planes.

Normally, planes flying towards Heathrow are spaced three miles away from each other. For the last couple of days, it's been six miles apart.

I believe there is a different procedure in place for using the runways, but I don't know for certain.

So something has to give, and, I presume, BA, presumably in consultation with the air traffic controllers, have decided to cancel mainly "local" flights, because people have other alternatives, such as rail. I assume they have decided to try to give priority to longer-distance flights.

Another largely contributing factor is that Heathrow is an airport that is currently operating virtually at capacity; in other words, it is full, and if you started a new airline in the morning, and went down and asked the Heathrow management for take off/landing times, known in the industry as "slots", you will be told that the cupboard is bare. That's really why they're building Terminal Five.

If Heathrow wasn't so full normally, then in this situation, there wouldn't be as many cancellations. Some, but not as many.

Err, guys... this was actually meant to be slightly tongue-in-cheek...

...after all, the British are supposed to be obsessed with the subject!!

You think the Brits are obsessed with weather?
Turn on the Chicago news during a forecast for flurries.

"Live at the salt trucks on the Kennedy Expressway.."

"Live with the sand trucks on the Eisenhower..."

(I know it was TIC, but many people are afraid of flying, and MY point is that ALL commercial pilots are basically trained alike - nothing to be afraid of.)
:0