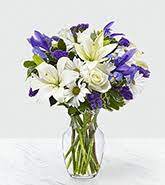 You have my prayers. Ave Maria...

My wife had that operation a couple of years ago. It is well-worth it she says.

Prayers ascending. You have been on my mind. - Rosemary🙏🏻

Not sure if this will show up, but know that you are in my prayers, dear lady.

Thanks for the encouragement

It did indeed! Thank you

You poor thing. It's a good thing you are the Mulier Fortis (quem quis inveniet?).

Keep The Faith and keep us posted.

Prayers now for you. I went through a similar experience. Great pain, sleepless nights. Offered it up, as we Catholics do, for so many intentions. Now knee is "done & dusted." Hope to hear you are soon in post-surgery recovery doing well.

Glad to hear your surgery & healing went well. Promised I'd pray for you & I did. Had same surgery a few yrs ago. Took awhile to recover, but now I say: As long as my knees work, I won't knock 'em.

Thanks Jane. Much appreciated.

You’re on my “permanent” prayer list. I see your name every day, and I pray for you and your knees. It was good to see you active just for a few minutes on your blog. Hope will be seeing some posts from you again soon! - Rosemary in Hamilton, Ohio

Thanks Rosemary - I do hope to get back to blogging soon. There was too much stuff to avoid when the pandemic craziness got to its post-Christmas lockdown peak here in England!!