As is usual on a Sunday, I spent the morning at church. Friends visited the parish, and so I went down to the sea front... It was rather busy, but the weather was good, and at weekends in the Summer months I expect Margate to be busy. Nevertheless, we managed to sit comfortably in the Two Halves micropub and watch the world go by as we chatted. 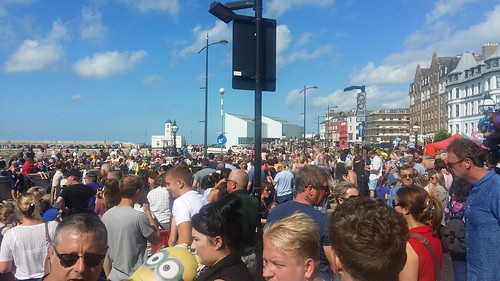 By the time we left, it seemed to be rather more busy than usual. Jonathan figured out there was some sort of carnival procession happening. I was pretty sure that it was all happening on the main seafront, and prepared to take an alternative route to the station. Alas, it seemed that the carnival was due to go up past the station, and after dropping Jonathan off so he could catch his train home, I proceded to follow another little back-route home, feeling rather smug that I had learned a few alternative ways around the locality.

I was therefore rather disconcerted to find my road blocked off by numerous parked cars and rather a large number of pedestrians all sitting on the grass. A marshall tried to direct me back the way I came.

"But I live here!" I wailed. The marshall allowed me through (I'd only just made it in time) and I parked in the first gap I found. I thought about walking home (I was quite near) but I decided to stay and watch the parade - after all, it's not every day you get to see a carnival. 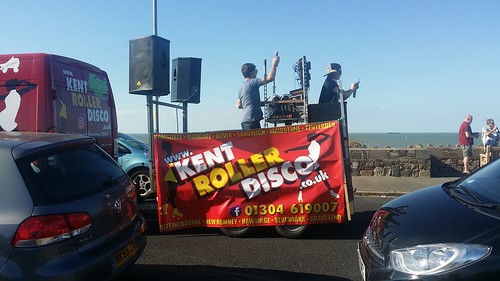 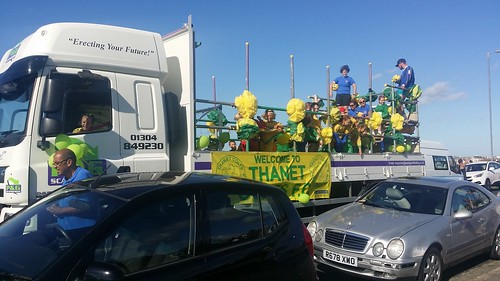 The majority of floats appeared to have been sponsored by local Kent businesses and sports' clubs. There were also lots of floats labelled "Miss insert-name-of- town-here" with lots of girls dressed up in sashes, crowns and so on. I don't know if there was just one "Miss" per Kent town who invited her chums along or if each town got to appoint several Misses. But it was great fun watching them wave regally as they passed. I was a little surprised by the netting on the side of each float - almost as if they feared the locals would try and fling tomatoes... 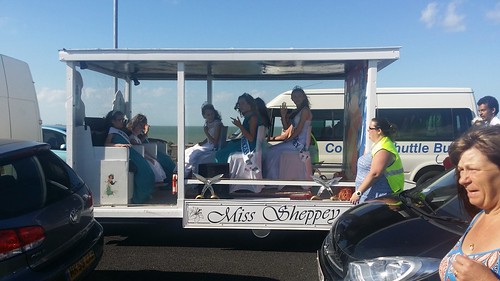 One of my fellow onlookers explained that the Carnival was an annual event, and the route was well-known, so I'm not sure how I missed it last year. Next year I shall be better prepared!

More photos can be seen in my latest Flickr album.
Posted by Mulier Fortis on 7.8.16