A Feast For The Senses For All Saints' Day... 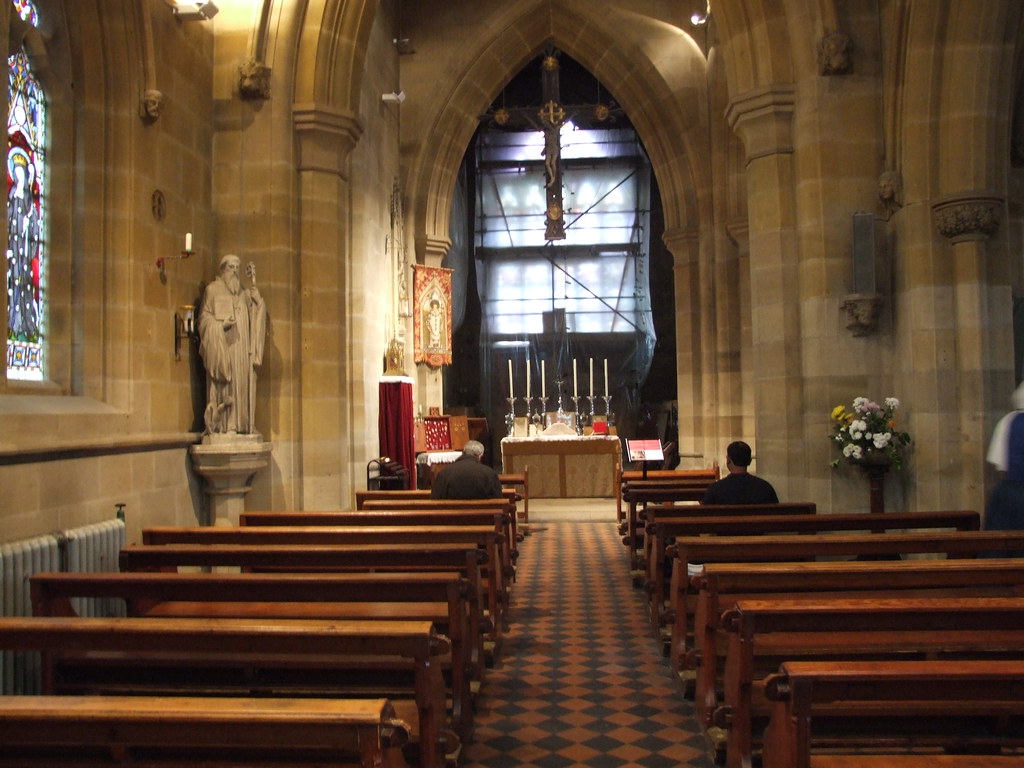 I have finally put up my photos (on Flickr) from my visit to the Shrine of St. Augustine, Ramsgate, for the Feast of All Saints. I meant to get them (and this post) uploaded much sooner, but real life has a habit of interfering with blogging. Still, better late than never...

The church is really quite exquisite. It will be even better once the High Altar is restored, and the scaffolding removed (I'm not quite sure what work is being done) and will be sure to take more photos once the work has been completed.

Fr. Finigan celebrated the Mass, as Fr. Holden was away, and the music was provided by The Victoria Consort. They sang some rather nice tunes, as my friend Zephy would say... (actually the singing, and the organ accompaniment, were really sublime!) 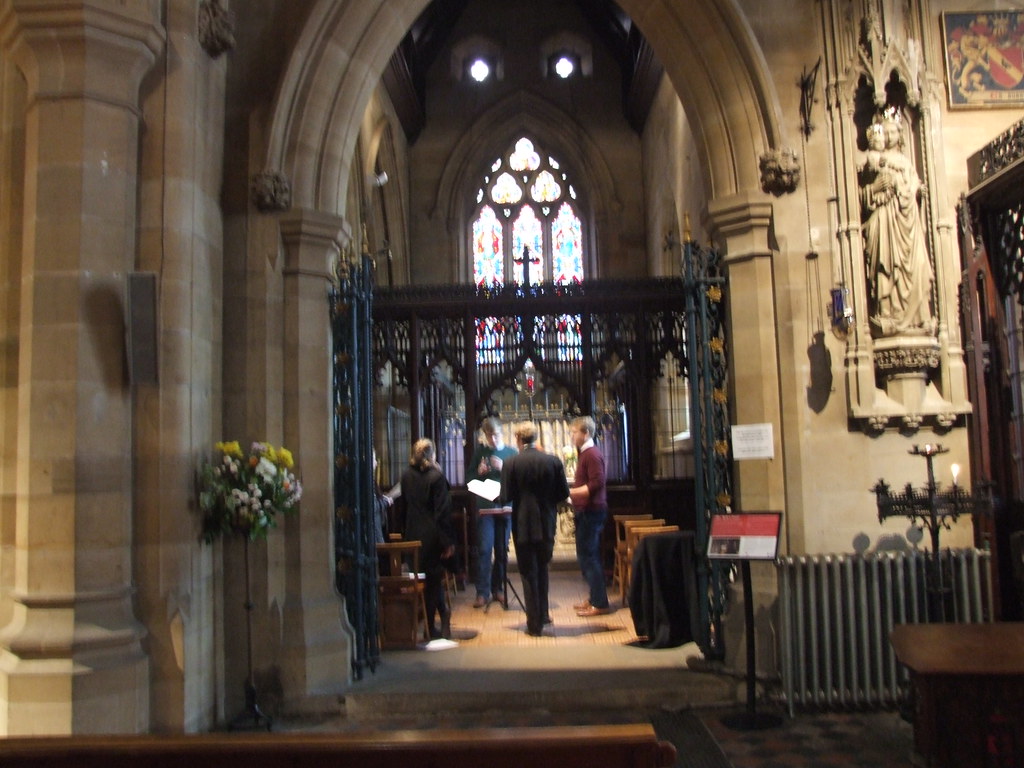 I was trying out my "new" camera - a bridge digital camera - and I haven't quite got the hang of it yet. As a result, some of the photos are a little blurrier than usual, as the camera is heavy compared to my phablet camera, and requires greater dexterity when pressing the shutter button, first halfway to focus, then all the way to take the photo (and that's the point at which I seem to move the camera.)

I was also rather disconcerted by the whirring noise made as the camera focussed, and the beeping and clicking which followed. There doesn't appear to be any way of muting these sounds. Being accustomed to my phablet camera, which can be rendered totally silent, I felt intensely uncomfortable using it during the Mass, especially during the Consecration. The last thing I wish to do is disturb anyone else by taking photos. 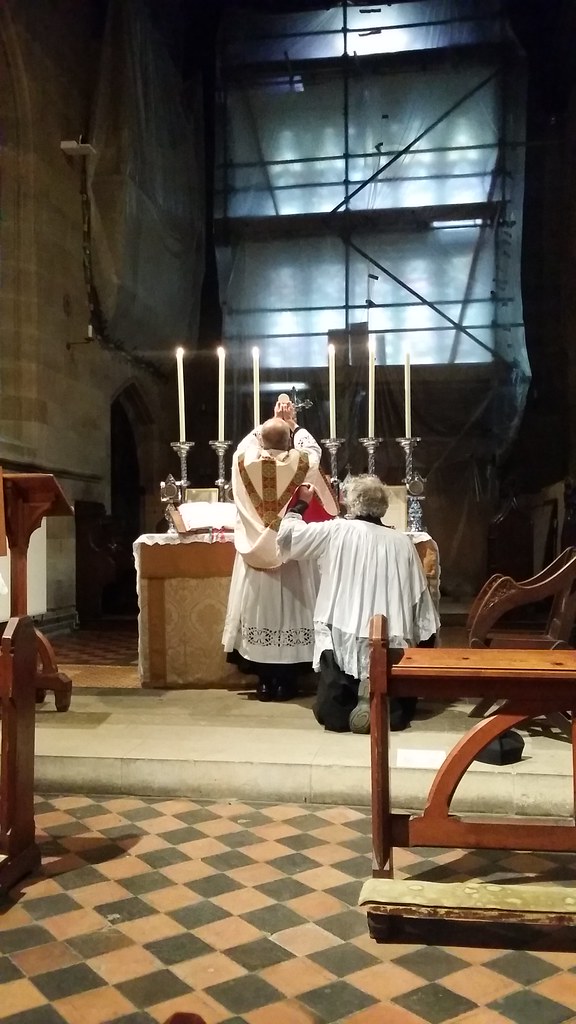 As a result, I switched between my Samsung Galaxy Note 3 and my Fujifilm FinePix s9500. I deleted all (or most) of the blurred images, and mixed the two sets of photos in the Flickr set (they are separated in the timeline.) I didn't edit the colour balance of any of the photos, to allow for a comparison. I do need to play with the camera settings on the FinePix, and get accustomed to the heft of it... but that will need time and practice.

Given that some people were celebrating Halloween on the Saturday, I found this notice on the church door rather amusing, and not a little disconcerting... 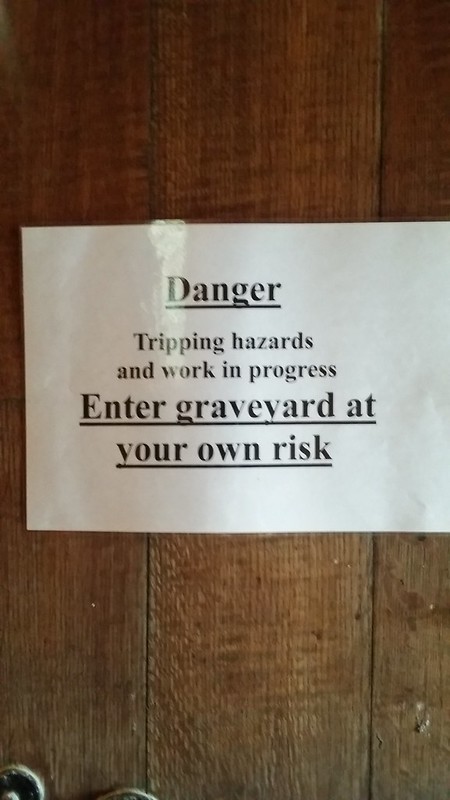 ... but this really has to rank as one of the most picturesque places in which to be buried... 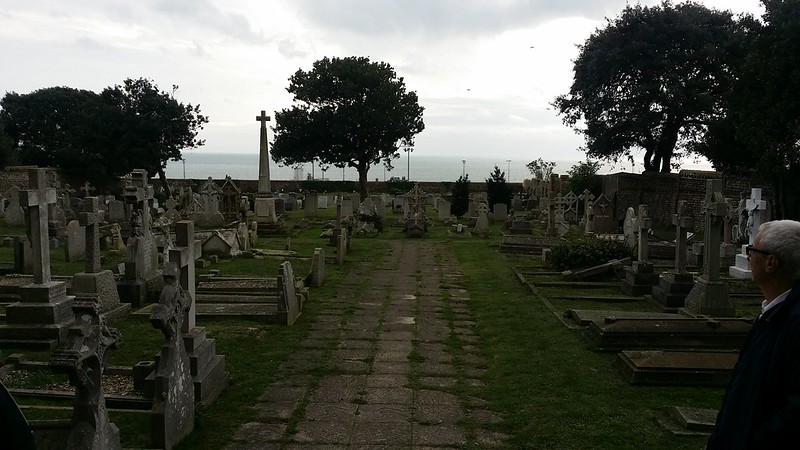 Do check out the results of my "experiment" and let me know what you think in the combox.
Posted by Mulier Fortis on 5.11.14