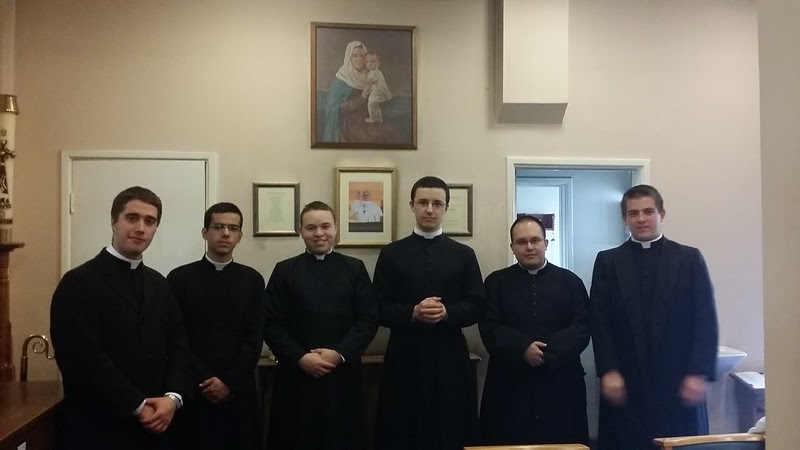 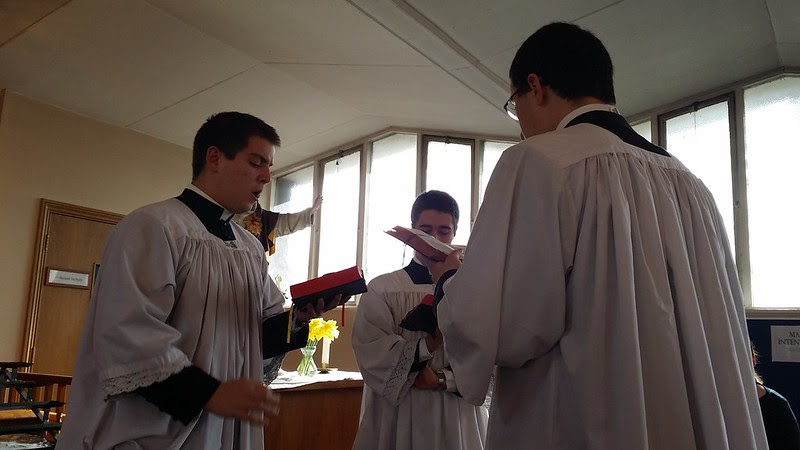 There are a few more photos on Flickr.
Posted by Mulier Fortis on 7.3.14

Thanks for this. In these strange times one is given hope.

Asking for prayers through the Intercession of St. Frances Xavier Cabrini who wanted to evangelize the East but instead got sent to the East Coast of the US. I can't find the story but have been told that she had in mind a particular piece of property on which to build a convent and a benefactor took her out driving around and showed her the land she wanted to donate. It was the property she preferred.

May God bless you with a growing seminary, both in space to stash seminarians and priests and in men wanting to join.

Trust in God's providence; He will provide you with what you need.