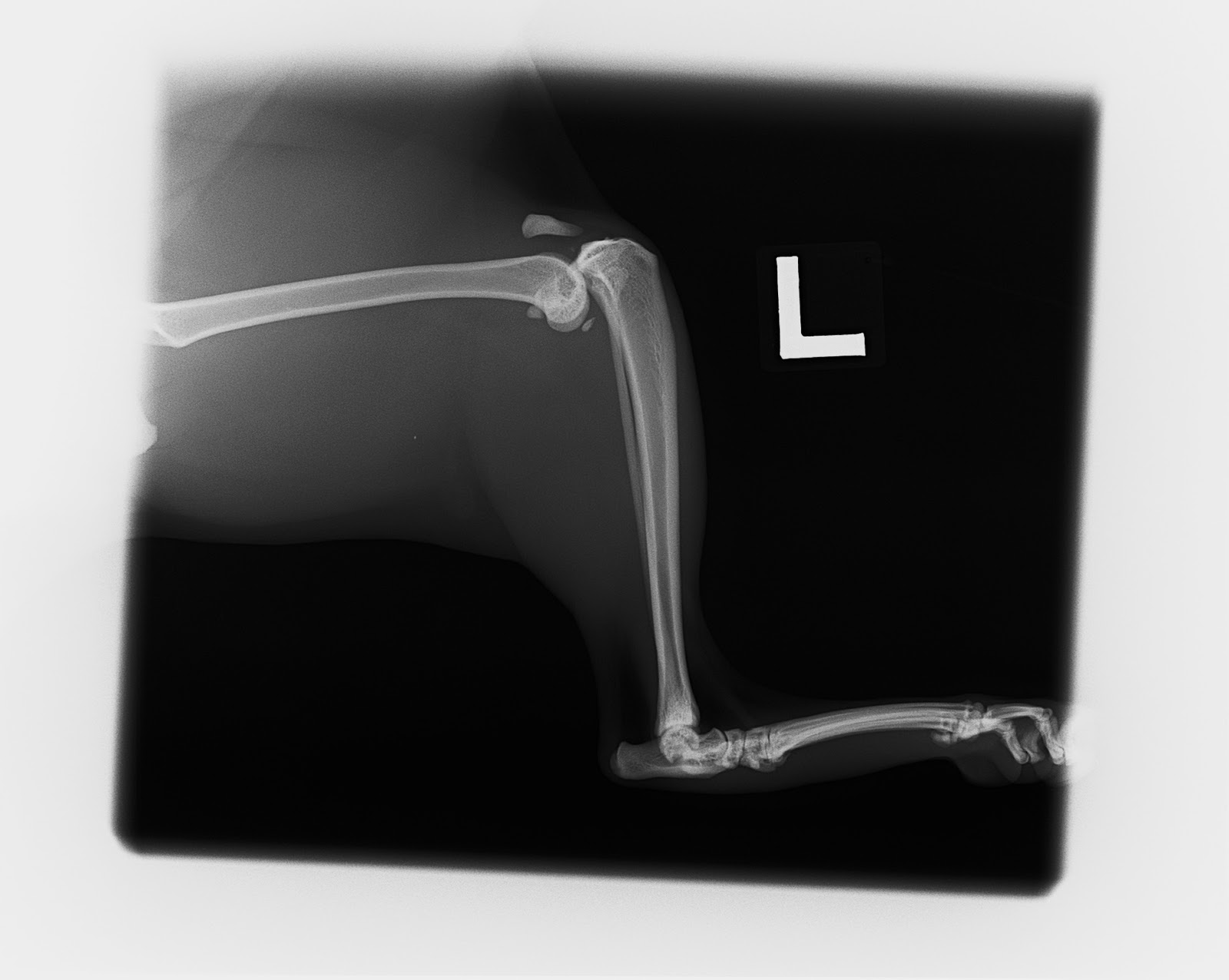 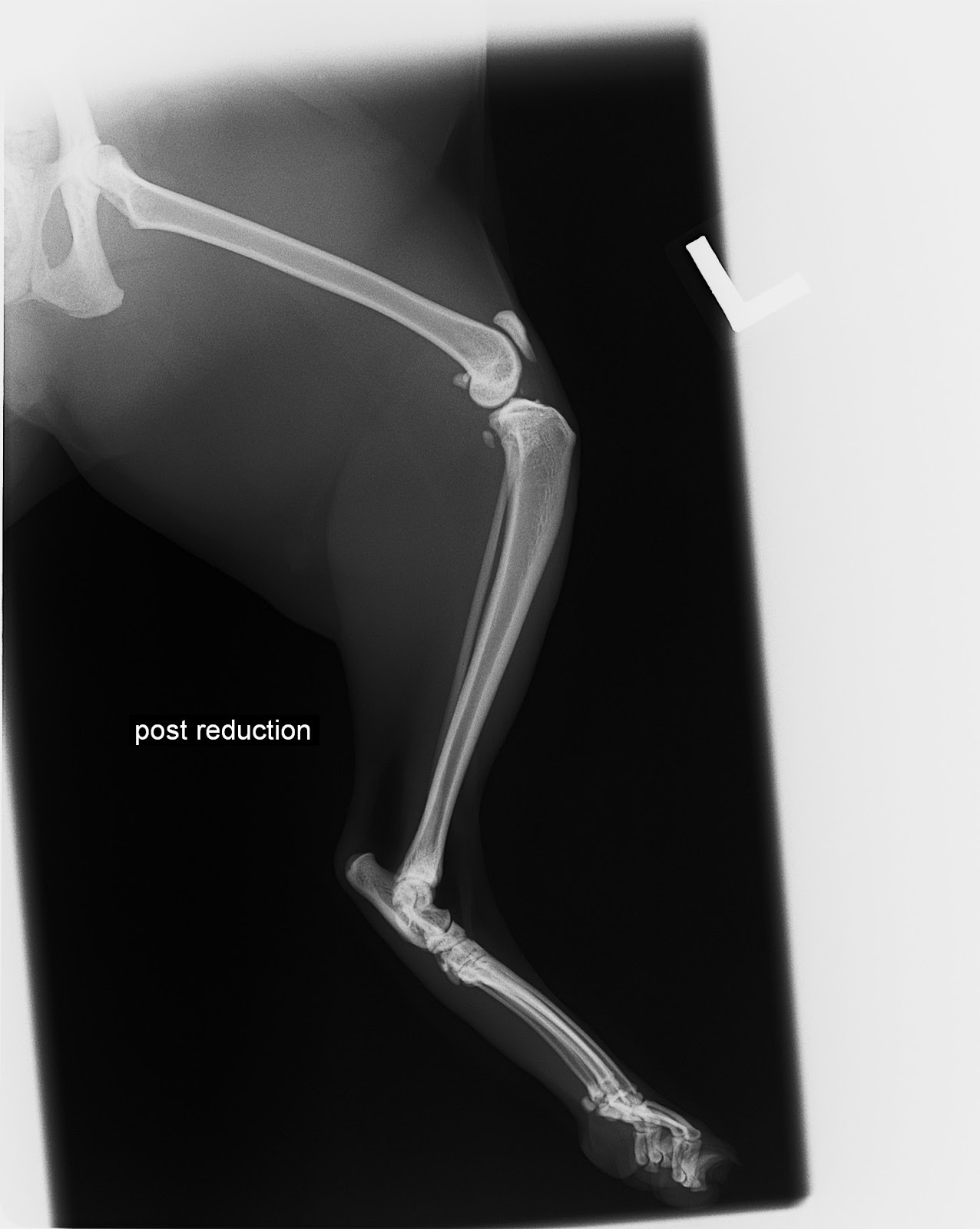 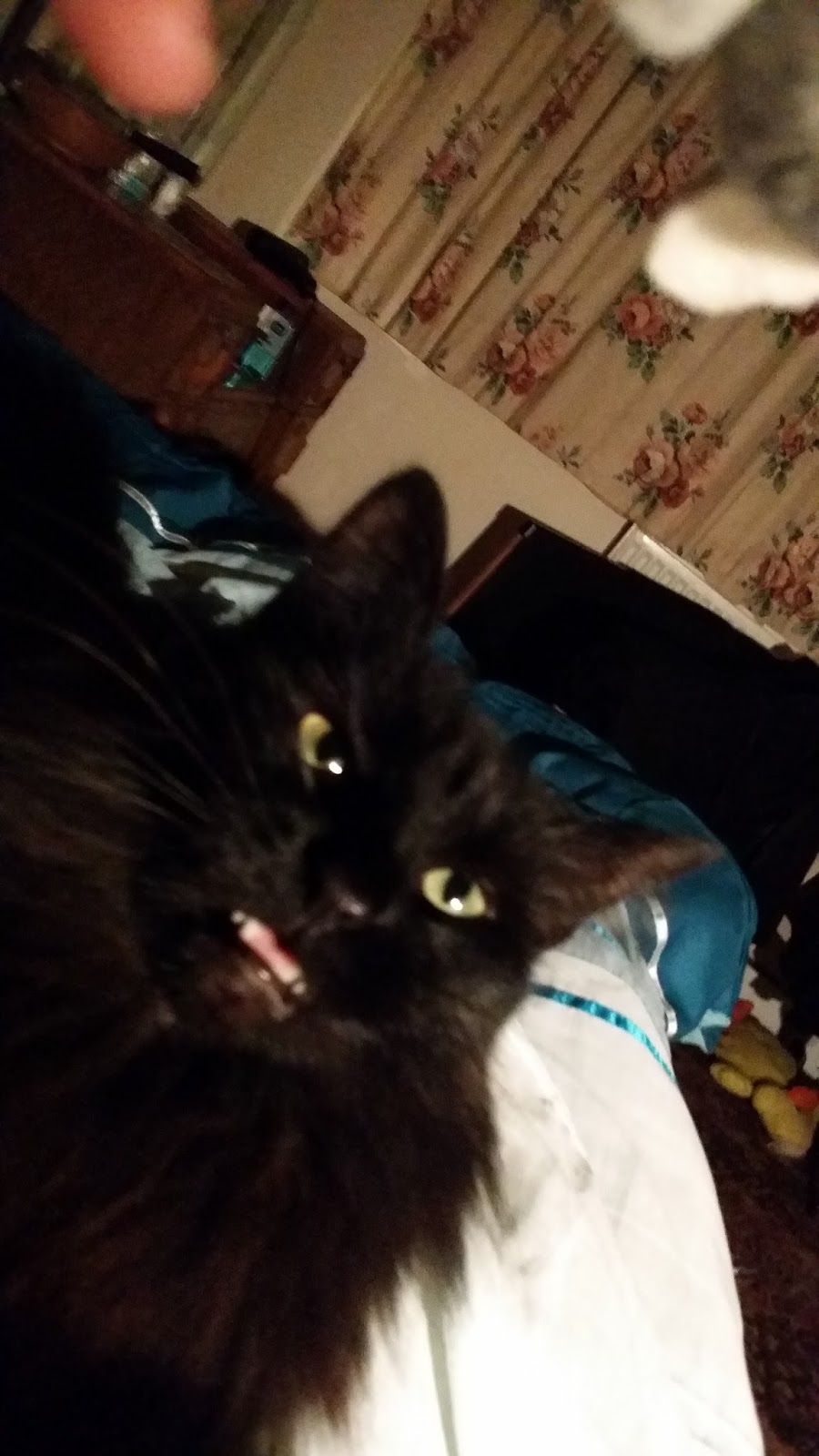 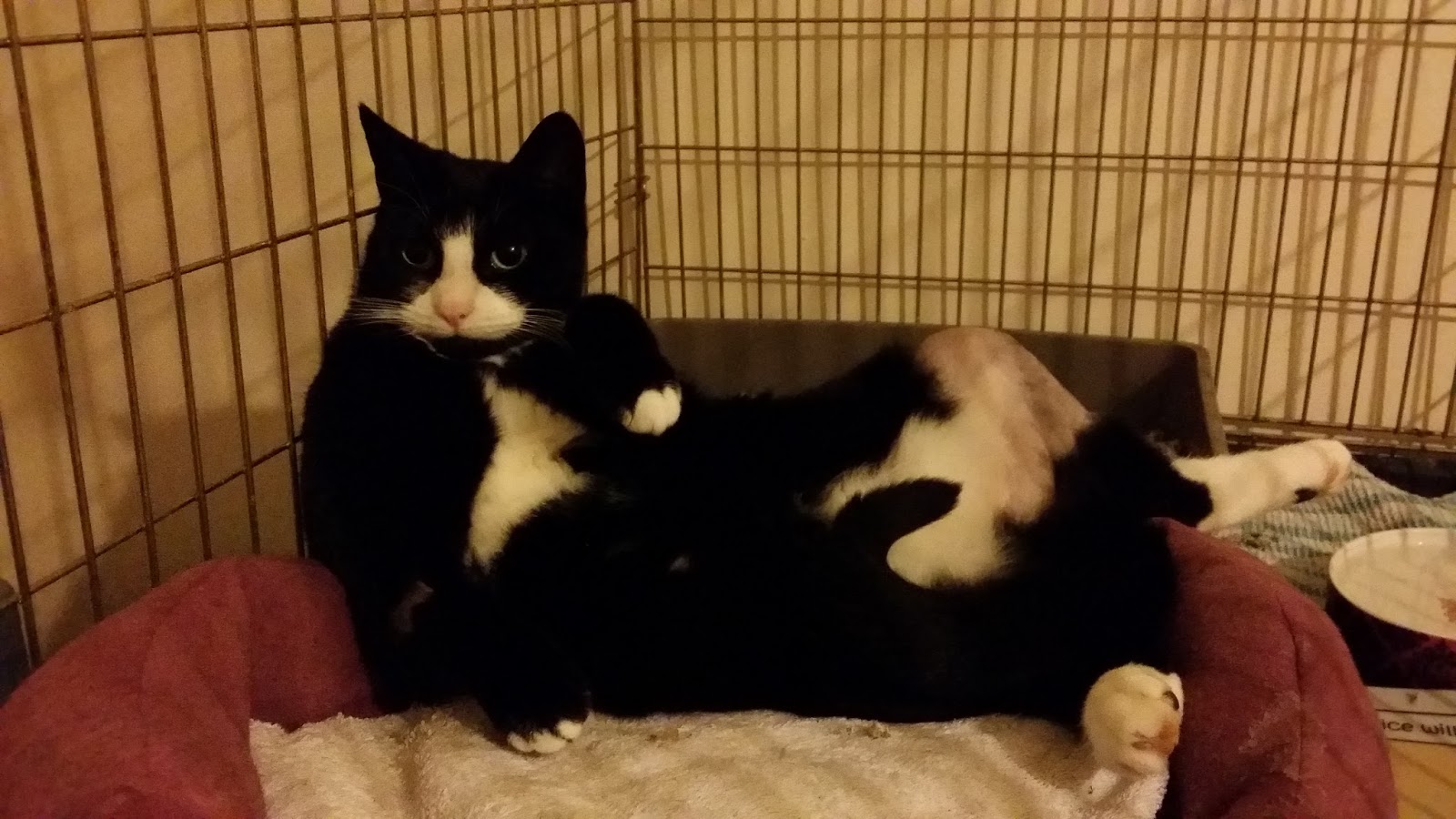 We go back to have the next checkup on Friday - and hopefully the stitches will be removed. What happens after that is anyone's guess. I shall let you know how it goes...
Posted by Mulier Fortis on 4.2.14

Oh I do love your cat posts. When I had my beloved Smokey she got no pleasure from catnip, strange puss!!
Moira

i hope the operation works...cause she's so adorable!!!

Thank you for the update, I'd wondered how the poor thing was. Shall keep the prayers going that she recovers. And MY that leg was trashed.

OMG!! Reading your description of her great escape I was actually holding my breath, picturing her undoing all the vet's good work in one fell swoop (as it were). Luckily you got to her in time before that could happen. I suppose she sulked a bit... you know, those sulphurous looks that only cats can do? :)