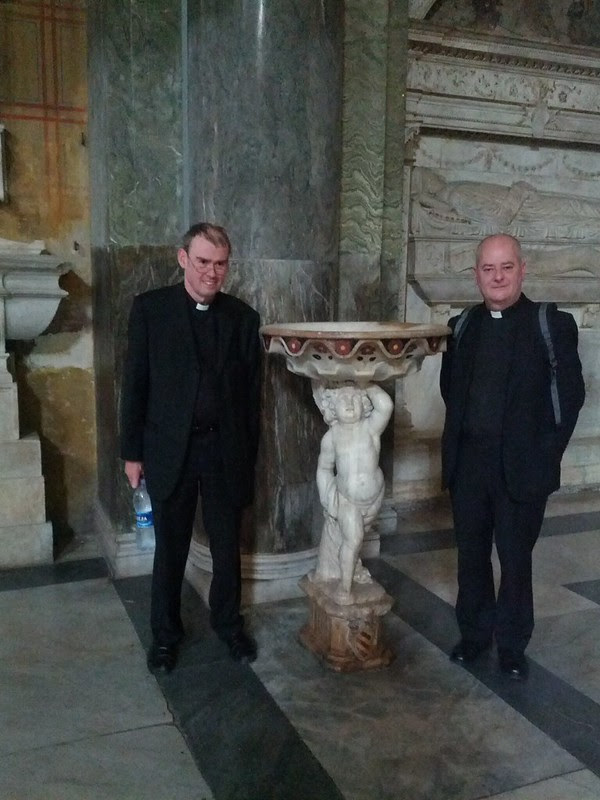 I was rather disconcerted to find that I'd only written two posts - one on my first visit to St. Peter's itself and one on my visit to the Venerable English College. I then remembered that I had intended to finish captioning all my photos before actually posting any more, and somewhere along the way I'd forgotten to finish the job. Also some of my photos were locked.

I still have to finish the captions for days four and five of my visit, but I shall try to get that done as soon as possible. Part of the delay is partly because, after a while, the churches started to meld into one another, and I've had to spend a lot of time checking where exactly I went, and what I saw... I meant to check some of it with His Hermeneuticalness, but he's been busy...

I must just recount one of the funniest episodes of the trip. 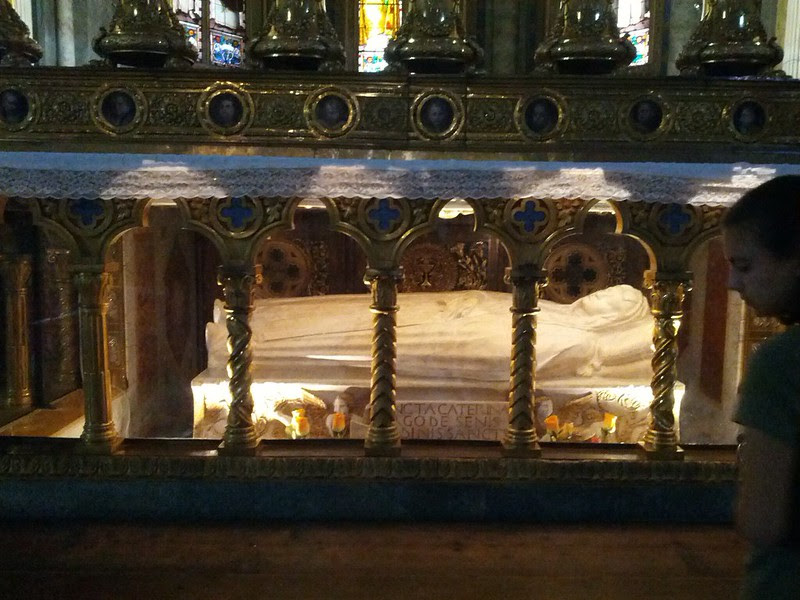 In Santa Maria sopra Minerva there is the tomb of St. Catherine of Siena. I wanted to go and pray before the tomb (as well as get a good photo) so I walked closer. Now I have problems with both my knees and one of my ankles, but steps up (if not too steep) are actually less of a problem than going down. I didn't actually notice how high the altar was until I finished praying and turned to come back down...

There wasn't a handrail.

Fortunately, I noticed a sort of plinth to the side of the altar - there was a large statue on it and the bottom formed a convenient ledge to lean on as I made my way gingerly down the steps. The statue was a little unstable and rocked slightly, but I wasn't leaning heavily on it.

His Hermeneuticalness was waiting patiently at the bottom, looking slightly amused.

When I reached ground level, he asked in a casual tone, "Mac, you do realise, don't you, that the statue you were just leaning on was carved by Michaelangelo...?" 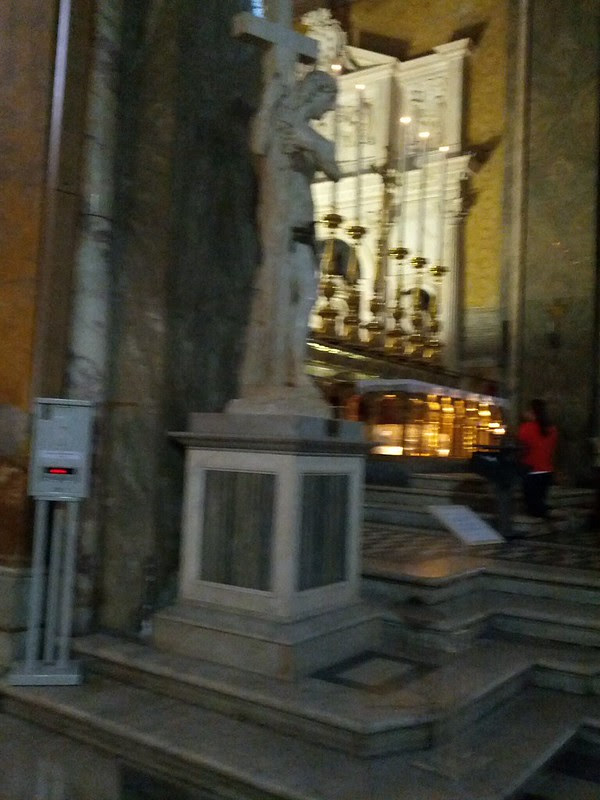 Once my heart started beating again, I just had to take another photo. It is rather blurred because I couldn't stop giggling...
Posted by Mulier Fortis on 30.11.13

Thank goodness it wasn't a new one !!!