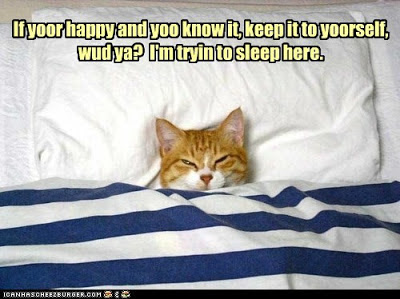 It feels as if I've been in hibernation for a week.

I did get my "snow day" on Monday. This allowed me to spend the best part of an hour on the phone trying to find a garage that was (a) open and (b) had the correct tyres for my car. I had no idea that it would be such a tricky operation! Once I had located the tyres, I then had to sit for two hours in my car, waiting for the breakdown service to arrive to help me get my flat tyres sorted. I hadn't broken down at home, you see. I did ask for someone from the breakdown service to call me when they were close to arriving, but I had a sneaking suspicion that, being so busy on Monday, they wouldn't phone, and, if I wasn't by my car they'd go off somewhere else instead.

I was right - they didn't phone... fortunately I was sitting in my car when they arrived.

Tuesday was slightly crazy. Everything had been thrown out of kilter by the day off, and it was tricky to figure out which classes were "as planned" and which needed to be reassigned. By Wednesday I felt as if I was making enough headway to be able to treat myself to a night out. It was my first time at a meeting of The Keys, and Delia (who sometimes comments here) had invited me to attend as her guest.

I found my way to St. Mary Moorfields without any problems, and actually arrived in plenty of time for Mass (a first for me at this church!) Then we went downstairs for a delicious meal, followed by Fr. Tim giving an excellent talk on New Movements and New Media. It was extremely encouraging to hear how very positive the Holy Father has been about the use of blogs, Twitter and Facebook for spreading the faith, and I'm looking forward to reading his message for World Communications Day which is all about the new media (I just haven't had time yet!)

Delia invited me back for a coffee, and I accepted eagerly, secure in the knowledge that I had already prepared all my lessons for the next day. Alas, I forgot that I am no longer a spring chicken, and it was a very bleary-eyed Mulier who staggered in to work the next day, late (well, 7:15am is late for me these days!) By the end of the day, I had a splitting headache, and, once I had sorted out a few more lessons, I dragged myself home and crawled straight under the duvet.

10 hours' sleep (albeit with some very strange dreams) was almost enough to sort me out, and I was in work at 6:30am this morning, bright-tailed and bushy-eyed; I am not, and never will be, a morning-person! I'm starting to flag just a bit, but there's a chance of a lie-in tomorrow morning, so I thought I'd obey the Pope and do some blogging while waiting for our new Faith Group to start...

A bit concerned that you are well. You are too young for such fatigue. Teach those kitties to learn to feed themselves and to empty their own box......God bless you.