Reflections Of A Feline Nature... 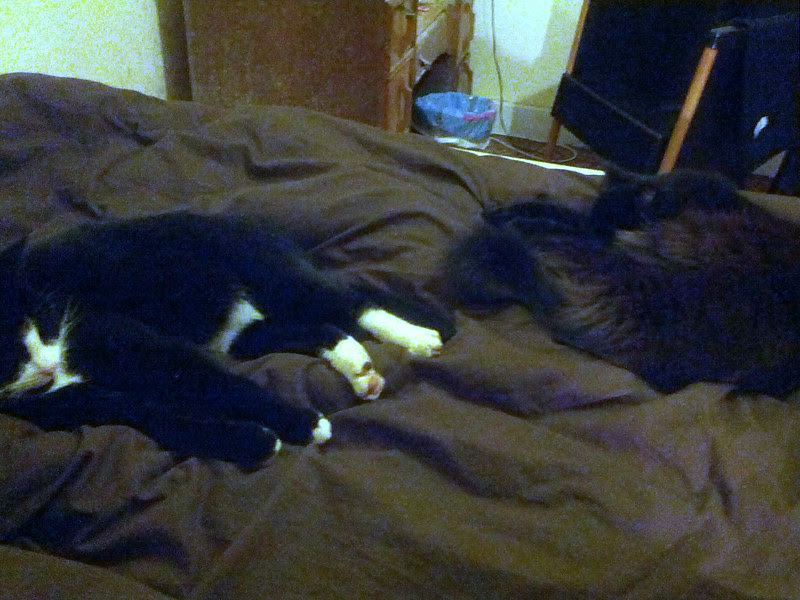 The other day I was indulging in some idle reflections on why a comfortably sleeping cat (or even a picture of a sleeping cat) makes so many people smile. I concluded that it has something to do with the fact that the sleeping cat implies trust. If a cat is happy, things can't be that bad.

Both Cardinal Furretti and Monsignor Miaowrini were rescue cats, each adopted at approximately four months of age.

Furretti was adopted first, along with her brother, Cardinal Catzinger. Actually Catzinger was the one who picked me out; once he had conferred the seal of approval, Furretti wouldn't leave my side. The two of them had been dumped in a stairwell together, and it's as if she has some sort of separation anxiety. She loves to be in the same room as me, and sleeps on the bed beside me most of the night. She will also come over to say hallo when I get home in the evening.

About a month after Catzinger's death, I adopted Miaowrini. She had been abandoned, and, from the nervous way she shied away from me whenever I even looked at her, I suspect that she had been very badly treated. Gradually she would approach me, and allow me to stroke her, but she didn't like to be picked up. Then, after about 18 months, she started flopping over onto her side as I approached, wanting to have her tummy tickled.

It's taken two years, but finally Miaowrini has jumped up on to the bed beside Furretti and me, and has curled up and slept. And then she has woken up, stretched, purred, rolled over to be tickled, and then gone back to sleep... and watching her lie there makes me smile... 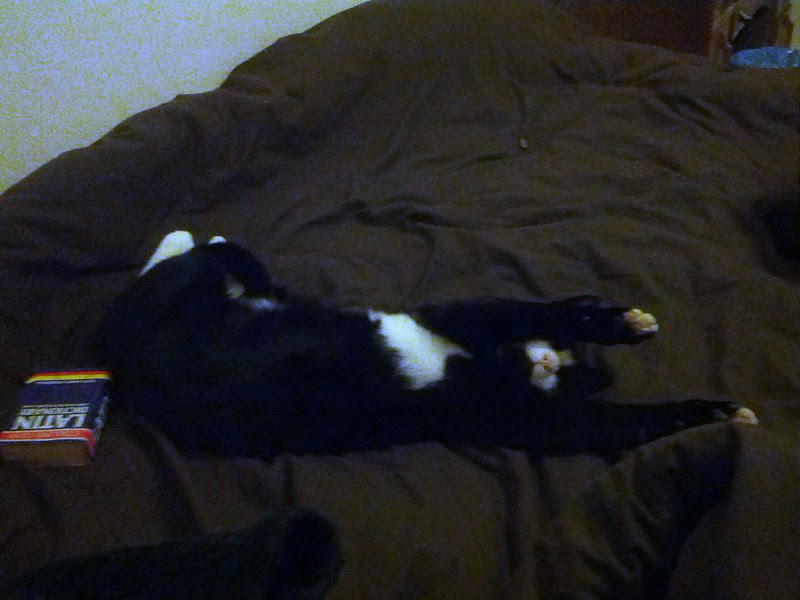 The two cats will continue to have their little squabbles, and I shall have to guard against accusations of "favouritism" from one or the other, but right now I have two happy, sleeping cats on my duvet. And that's a definition of happiness.

A lovely story and very heart-warming.

Which of these two little diamonds is
currently reading the Latin dictionary ?

That would be Monsignor Miaowrini.

I'm afraid that Cardinal Furretti has discovered how to read the word "tampon" on a box in the bathroom, and has been hooking it open to play football with the contents rather than improving her Latin.