Dissent In The Cathedral? 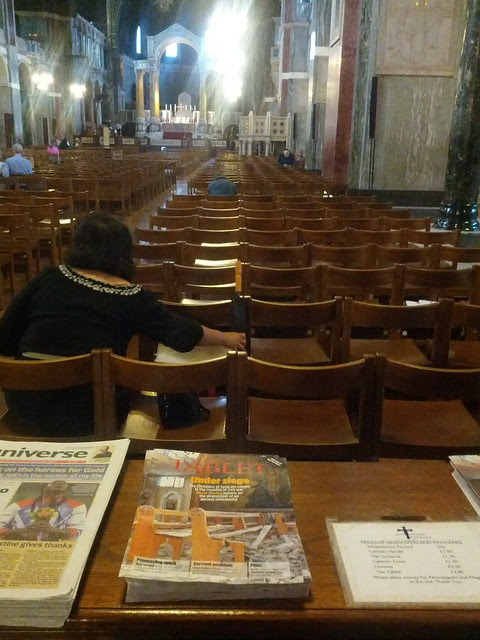 "It is important to recognize dissent for what it is, and not to mistake it for a mature contribution to a balanced and wide-ranging debate."

As Leutgeb has pointed out, the Olympics are over and the Paralympics are yet to start, and since no-one is in the mood to grouse about the Eurozone or the economic crisis, the Mainstream Media's Silly Season is upon us once more. So let's have a bit of Vatican-bashing in the Guardian from the editor of that well-known organ of dissent, The Suppository, (aka The Bitter Pill) and a bit more from the usual suspects in The Times.

Catholic-bashing from the MSM is hardly a surprise. However, The Suppository is supposed to be Catholic and therefore should seek to explain the Truths of the Catholic faith to others. Why, given its consistent opposition to Catholic teaching, the paper is still allowed to be sold in Catholic churches and cathedrals is totally beyond my comprehension...

...one might almost suppose that the Bishops' Conference of England & Wales agree with the sentiments expressed and find it useful to allow the paper to say what they themselves cannot.

Sometimes it is necessary to think the unthinkable.

I was taking these out of churches and paying for them, going down the street and throwing them in the closest skip.

One of my priest friends says I do not have to pay for them...and he is not even a trad!