A Votive Mass For Our Lady of Mount Carmel...

Fr. Tim gave a talk on Summorum Pontificum and afterwards celebrated a Mass according to the usus antiquior for a pilgrimage group at Aylesford last Thursday. 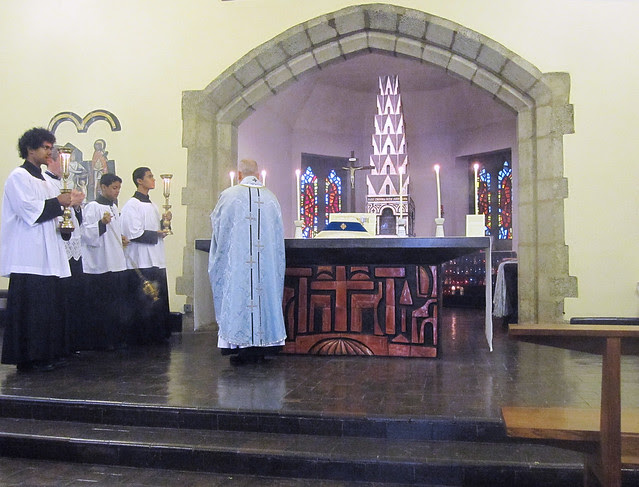 The Mass was a votive one for Our Lady of Mount Carmel, and since Aylesford is the Marian Shrine of the Archdiocese of Southwark, the vestments used were a special blue set... some sort of indult is necessary for the use of blue, apparently.

I liked the colour, but didn't think much of the actual vestments. I definitely prefer the Roman style rather than the Gothic. 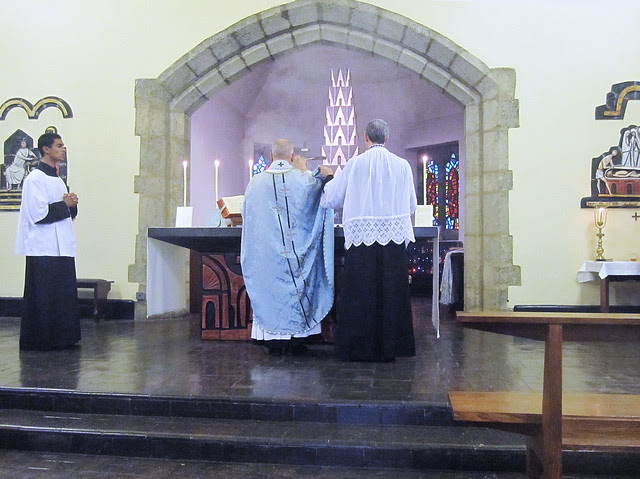 Anyway, this was an almost perfect photo opportunity for me - if the weather hadn't been so ghastly I'd have taken some more photos of the Priory itself. The Mass propers were chanted by two gentlemen from Charles Finch's schola: at one point the MC was asking me if I'd be able to step in and improvise something along a psalm tone, because Charles and the others had been seriously delayed by some sort of hold-up on the M25. Fortunately, the singers arrived with about two minutes to spare! 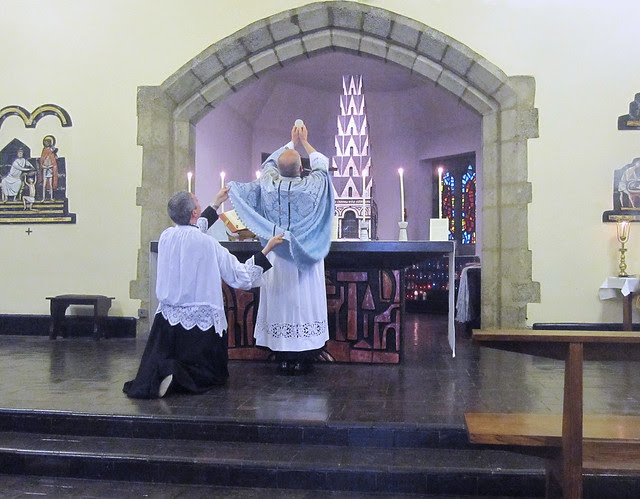 I put a small selection of photos up on my Flickr page, but, as it's been a while since I made any slide-show "videos" for You Tube, I might do one of those too... after all, it's a shame not to make use of all those photos!

I have to say that I get a great deal of satisfaction from taking these photos. I have decided that my next project is to save for a really snazzy "proper" camera so that I can do a bit more. Watch this space!
Posted by Mulier Fortis on 19.8.11

I think that Downside has the privilege of blue vestments on some occasions. Other churches occasionally usurp it unilaterally.