The incomparable Fr. Z has done it again! He quoted one of my posts in its entirety... and then asked his readers to come and visit me anyway.
That was really sweet.
I had 1,000 visits in 8 hours. Assuming only half his readers bothered to click the link, that's around 6,000 visitors a day. Serious numbers... and deservedly so, because Fr. Z is the one who made that line-by-line fisking famous in the Catholic blogosphere: "My emphasis and comments" is so well-known that he can even use abbreviations!
So, I thought I'd spread the links a little.
My favourite photoshopper is, of course, Vincenzo. I have come to the conclusion that one cannot believe a single photo on his blog, he's far too good... but his posts are excellent. Vincenzo decided to show that I'd been pinged... though I do think that Sean Connery ought to have been gazing at my gorgeous profile picture for it to be taken seriously... (heheheheheh... a girl can dream, can't she?) 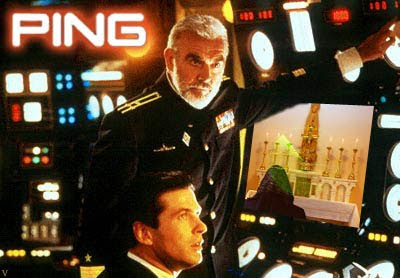 Next blog up for a mention is that of Nazareth Priest - he's a regular commenter here, and he's always encouraging. His Community has a pretty snazzy website selling icons as well.
Vexilla Regis is another blog which has come to my attention fairly recently - he doesn't post much, but then, with two other blogs on his family history to maintain, that's hardly surprising. Anita Moore has an excellent blog of her own, as well as contributing to two others. I particularly like her acerbic sense of humour... two snippets:

"How will the liberals cope with being torn between outrage over the end of the Age of Mahony and political correctitude in the matter of L.A.'s first Hispanic archbishop?"

"Since nothing he does will please the liberals, and he might as well start antagonizing them sooner rather than later, I hereby proffer my humble suggestion for Archbishop Gomez's first official act as head of the archdiocese: have the Cathedral of Our Lady of the Angels hauled away as scrap."

Doctor Eric has some gems on his blog... but you have to hunt for them in amongst the homeopathic remedies. Still, that's an education in itself! For those of you who need a bit more liturgical eye candy, I can recommend Fr. Augustine Thompson's blog on the Dominican Liturgy... how about this for a requiem? 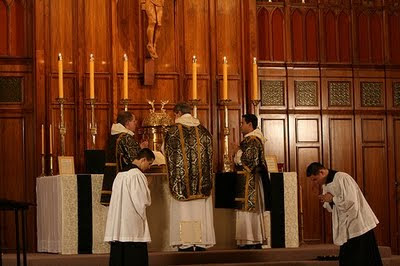 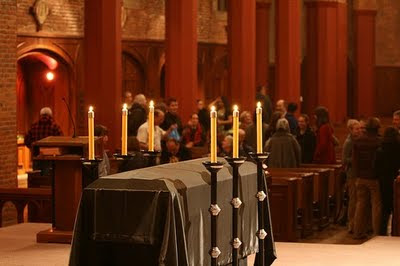 An intriguing blog, The Authentic Update, belongs to Chironomo. I wasn't able to access his (??) profile, but he seems to be particularly concerned with good music in the Liturgy... and since he is a fan of the Holy Father, (and has added me to his blogroll) he deserves a mention! And, finally, Faithful Catholic has a student's perspective to share on the liturgy. I rather enjoyed reading his advice to altar servers... so true!
Posted by Mulier Fortis on 14.4.10

"Assuming only half his readers bothered to click the link, that's around 6,000 visitors a day..."

Alas, if you only got 1000, then a small percentage responded to my plea. But I am glad you got the traffic. I hope many of them bookmarked you!

Adding one more to your rising stats!

Mac's blog is awesome!
I put yours (and Fr.Z) on my blogroll

I've been visiting your blog for years.

Och agus ochón (the Gaelic version of "alas"), I have neither time nor especially energy to read blogs too often, so I am afraid I am not much good for your stats.

"... I hereby proffer my humble suggestion for Archbishop Gomez's first official act as head of the archdiocese: have the Cathedral of Our Lady of the Angels hauled away as scrap."

(In my best Gregorian chant)

Except I think it should be burnt, ground to dust, thrown into the bottom of the sea, or whatever is necessary whilst an exorcism is performed over it, lest anyone who happened upon some scrap become possessed by the demon of modernism.

You would have had two pings from me last night--I dropped in via Fr. Z as well as my usual evening visit, as I am doing tonight. : )

I enjoy the photos, especially of the traditional liturgy, and the cats, and your own unique personality.

If I ever make it back to England, Blackfen is high on my "must visit" list.

My stats spiked yesterday thanks to your link :)

Thanks, MF! Really.
You are very kind. My prayers.