I rather like the traditional Catholic practice of observing an Octave for major feasts.
Sunday night isn't good for most people: work looms large for the morning after, which sort of puts a dampener on any celebration, so I didn't actually celebrate my birthday on Sunday.
The parish club opens on Thursday evening, however, and quite a few of my friends tend to pop into the club after Rosary and Benediction. I decided I'd celebrate "within the Octave" and went and bought a couple of cakes.
Before anyone asks, no, I didn't have a Schwarzwälder Kirschtorte - the picture in my previous post was from Google Images, as I can't cook to save my life, and you can't buy a proper Schwarzwälder Kirschtorte here... Black Forest Cherry Gateaux in this country is usually a pale (and sober) imitation...
Wendy & Carl offered to collect me, so I was able to leave the car at home. Their boys, on spotting my cakes, gleefully announced that they'd already brought one along, much to their parents' chagrin (never try to tell a 7-year-old "not" to mention something!)
Rosary and Benediction was lead by Michael, one of our deacons, as Fr. Tim was busy elsewhere. It provided the perfect opportunity for me to try out my new camera, and so I took a few photos - the only editing these have received is a reduction in file size to make them quicker to load on the blog. 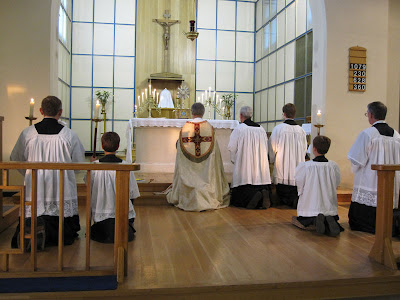 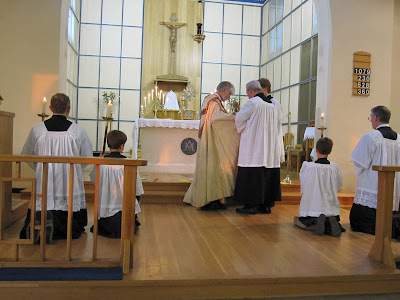 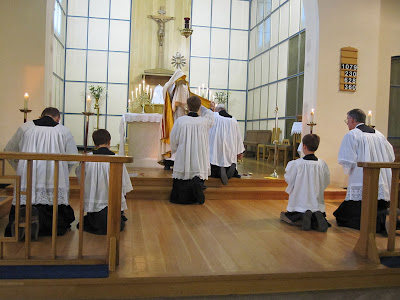 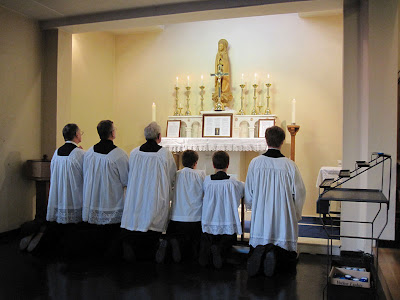 Afterwards, we went to the club, and Caroline added a chocolate cake to the collection. I refuse to acknowledge exactly how old I am (Chris told David I was 62: my reply was that I was very definitely pre-'62) and so only one (large) candle made an appearance... Once Jonathan and Patrick arrived after tidying up the Sacristy, everyone sang "Happy Birthday" which was sweet... 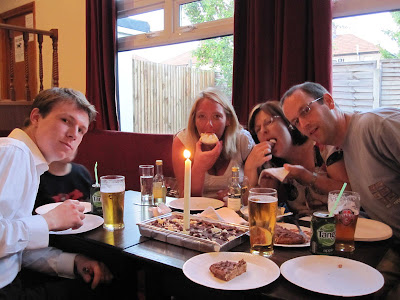 It was a very enjoyable evening. Birthday Octaves are definitely to be recommended...
Posted by Mulier Fortis on 2.7.09

I believe the "Octave" is a bit too short. Perhaps His Holiness will consider declaring a "Mulier Fortis Year of the Birthday?"

Excellent photo quality Mac. I can see you are going to have a lot of fun with this new toy!

Dear Mulier Fortis. Wonderful photos (you've purchased a nice bit of kit, there). Superb cakes. Most enjoyable social evening with lots of your friends. A really good Octave Birthday. Can you we keep it going for another couple of weeks, please ?