I am singularly out of inspiration today. So I shall content myself with reporting other people's blog posts... 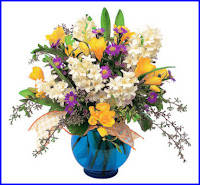 Yesterday morning was spent in church (my usual Saturday morning routine) and then I drove down to Eastbourne to see my Mum and deliver some flowers for Mother's Day... and demonstrate my new phone to my step-dad (he loves gadgets, but is a major disaster area where they are concerned... he crashes his computer on a regular basis, and claims to have done "absolutely nothing to it!")

As I drove back rather late, I didn't have any time for blogging. Today was pretty much a wash-out: I was still rather tired from the trip, so lounged around reading (books rather than blogs for a change!) until it was time to go to Mass this evening.

So I didn't check the blogosphere until late this evening. Northern Cleric has posted his answer to the "six weird things" meme and is also reaping his just desserts for having boasted about enjoying Italian chocolate ice-cream (he's put on weight!!)

Newhousenewjob has been amusing herself by laughing at the English language skills of various foreign individuals (I never realised she could be so uncharitable!!) The dúnadan has an excellent post where he (rathere whistfully) imagines a future when the BBC will celebrate the abolition of abortion. Well, a man can dream...

UPDATE: Newhousenewjob very rightly pointed out that she's posted her meme answers, and it looks as though she was so quick off the mark that I missed them!!

Ma Beck has put up some new photos of Baby Beck (aka Mary Elizabeth) looking absolutely cute as only new babies can. The Curt Jester has some timely advice for men suffering from "Laetare Intolerance," a little-known condition which results in intense nausea on the sight of pink (ahem, sorry, rose) vestments...

Fr. Dwight has put up the next decoded section (Part 8) of the Gargoyle Code... it gets better and better. Stephen at CSSML has put up his answer to the "weird things" meme... I assume that he's back in Blighty after his trip to Israel.

And finally, Antonia has put up the cutest photo - which I have duly snaffled and posted below! 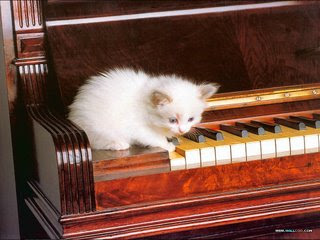 I've also posted my answer to the 'weird things' meme - did you miss it amongst the uncharitable snickering...?